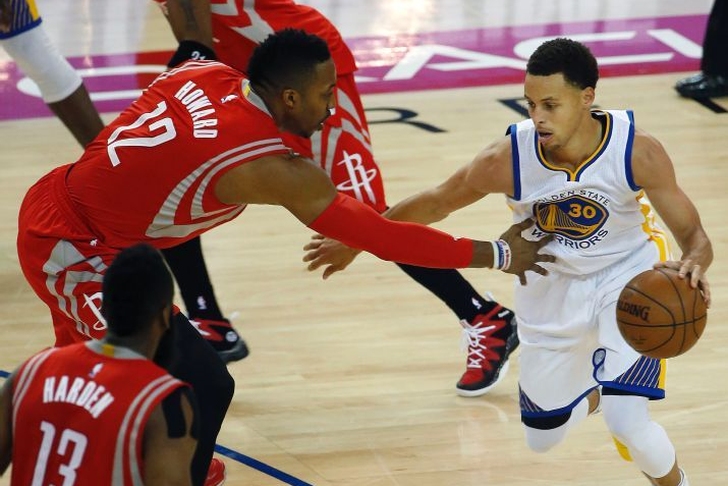 The Golden State Warriors got off to an extremely hot start and built a 17-point second quarter lead, but James Harden took over for the rest of the half as the Rockets were able to tie the game at the break. Both sides continued to trade leads in the second half, but the Warriors made the plays they needed to down the stretch to pull out the win.

Golden State improved to 54-0 this season when they have at least a 15-point lead at any point during a game.

Stephen Curry put on another show in this one, putting up 33 points and six assists.

James Harden had another spectacular game, dropping 38 points while grabbing nine rebounds and dishing out nine assists. Dwight Howard also showed no ill effects from his knee strain as he recorded a big double-double (19 points, 17 rebounds).

Game 3 between these two teams will be in Houston on Saturday at 9:00 p.m. ET on ESPN.