How To Watch The 2014 NBA Finals Streaming Online 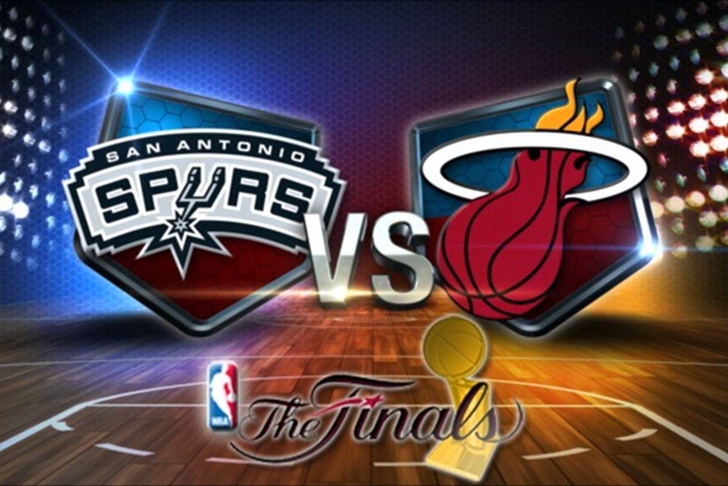 The 2014 NBA Finals are coming - starting this Thursday, the Miami Heat and the San Antonio Spurs will duke it out in an epic rematch of last year's seven-game grudge match. Tim Duncan says the Spurs won't let their title slip away this time, but LeBron James and the rest of the Heat are dead set on a three-peat. For those of you hoping to watch the series online, we've put together this handy, two-step guide.

STEP 2: Go to WatchESPN.com and try their live stream. If you have cable, boom - you're done!

STEP 3: No cable? Hit up any of the free streaming sites below!

Thanks to our fine friends up north, you'll be able to get an HD (but Canadian) look at the NBA Finals for as long as this stream is active. The quality is going to be better than what you're used to, but this stream is also subject to random outages and URL changes...so don't say we didn't warn you.

The oldest streaming site in the game should have a number of links to each Finals game, but quality and reliability are not guaranteed. Don’t download anything from these sites, and stream at your own risk.

TheFirstRow’s #1 admirer is a great place to get similar, but sometimes different streams from the ones available on TFR. The same warnings apply, though…

This international streaming site isn’t guaranteed to carry every event…but if they do, you’ll be able to find detailed info about a number of different available streams (stick to the Flash ones, and once again, don’t download anything).

Disclaimer: Chat Sports doesn’t endorse streaming things illegally, but we aren’t naive enough to pretend it doesn’t happen. We think sports fans deserve to know where they can stream events without downloading all kinds of nasty viruses or trojans onto their computer, so we provide these articles – once again, don’t download anything from any of these sites, and enjoy.