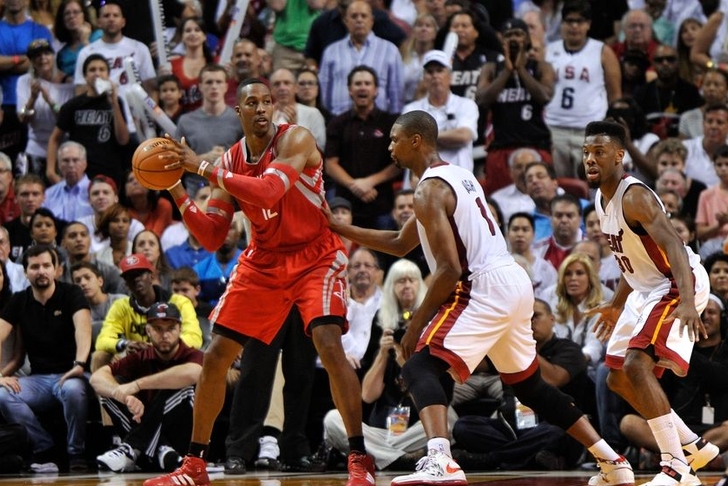 With the news that LeBron James will be returning to Cleveland, the Houston Rockets went on red alert.

Chris Bosh - who the Rockets have been aiming for since they gave up on LeBron and Carmelo Anthony - has a standing four-year, $88 million offer from the Rockets. The team is frantically making room for him under the cap by speeding up deals that would send Omer Asik to New Orleans and Jeremy Lin elsewhere (Philadelphia has been rumored, but no destination has been confirmed).

Rival GM: "Houston is trying to clear the deck. Everyone in play except for their main guys." Max space for Chris Bosh, on the way.

Bosh wanted to see what LeBron would decide to do before making his own decision, and now that the writing is on the wall, it seems inevitable that he'll leave Miami.

With more news on the way, we'll keep you updated as this story continues to develop.