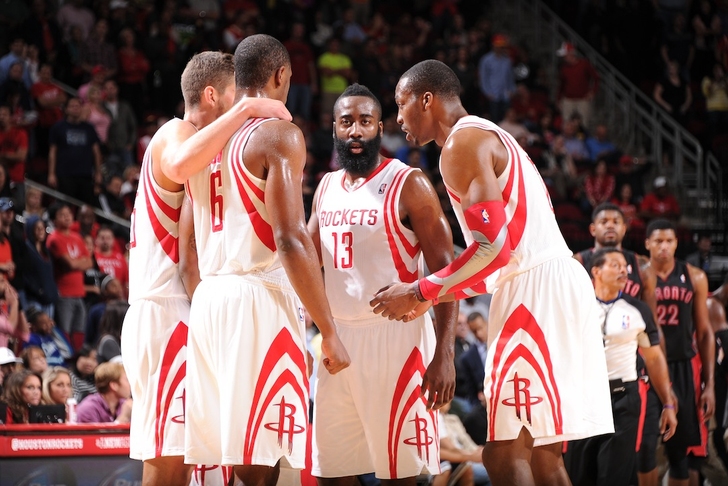 Lost to Portland in First Round (2-4)

Houston made waves in the offseason by signing Dwight Howard, pairing him with fellow All-Star James Harden. The results went as you'd expect in the regular season - the Rockets finished fourth in the Western Conference - but once the playoffs came, things didn't go as smoothly.

Portland took advantage of Houston's weak defense (particularly that of Harden), inconsistent free throw shooting, and shaky point guard play as they easily handled the Rockers in the first round.

Small forward Chandler Parsons is a restricted free agent and Houston has said they plan on matching any offer he gets. But if that number gets too high, the Rockets risk losing an anchor on the wing and may look to get an insurance player in the draft.

Houston may also trade their picks as part of a deal to add a star point guard - like Rajon Rondo, if Boston is open to trading him - but they can address all their needs in this draft.

The perfect fit for Houston is Kyle Anderson from UCLA. He's a 6'9" small forward that handles the ball and actually played point guard for the Bruins last season, playing either position effectively. The Rockets would get a stable ball handler on the floor - something they don't have - as well as a capable backup for Parsons.

But if Anderson is off the board at this point, Houston's going to have to pick need one or the other. They'll look at Louisiana-Lafayette's Elfrid Payton (a great defender) if they go after a point guard or Syracuse's Jerami Grant if they pick a small forward.

If the Rockets are able to grab Anderson in the first round, they can just grab the guy they have highest on their draft board regardless of position. That will probably be Michigan's Glenn Robinson III, Ohio State's LaQuinton Ross, or Arizona's Nick Johnson.

Robinson and Ross are both small forwards and Houston would still look at them if they picked a point guard in the first round, but if they go with Grant or another small forward, they'll target Nevada point guard Deonte Burton.

Who should the Rockets pick? Will they be able to make a long playoff run in 2015? Tweet your thoughts to @brauf33.