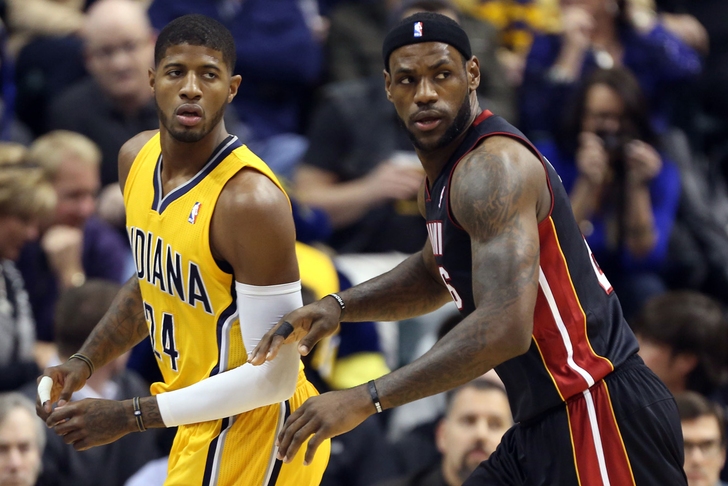 Game 2 of the Eastern Conference Final matchup between the Miami Heat and the Indiana Pacers will take place tonight at the Bankers Life Fieldhouse in Indianapolis, with tipoff scheduled for 8:30 PM EST.

Heat ready to rebound against the Pacers (CBS Miami)

Mario Chalmers explains shove on C.J. Watson (All U Can Heat)

Indiana shocked the Heat in game 1, executing on both ends of the floor on their way to a comfortable 107-96 victory. Now, Miami has their work cut out for them - a win would put them back on track, but a second consecutive home loss would be absolutely crushing.

The Heat will need LeBron James in top form, but Indiana's resurgence means that his supporting cast will have to show up as well. Dwyane Wade and Ray Allen were on point in Game 1, but Chris Bosh, Mario Chalmers and the Miami bench won't be very helpful if their lackluster form carries over from the first contest.

Indiana will look for more of the same from their starting five, who combined for 94 of the Pacers' 107 points last time out. Some help from the second unit would also be nice, since only C.J. Watson played well off the bench in Game 1 (11 points on 3 of 4 shooting in 18 minutes). Now that Miami knows not to take this Indiana team lightly, expect a much more balanced, cohesive Game 2.