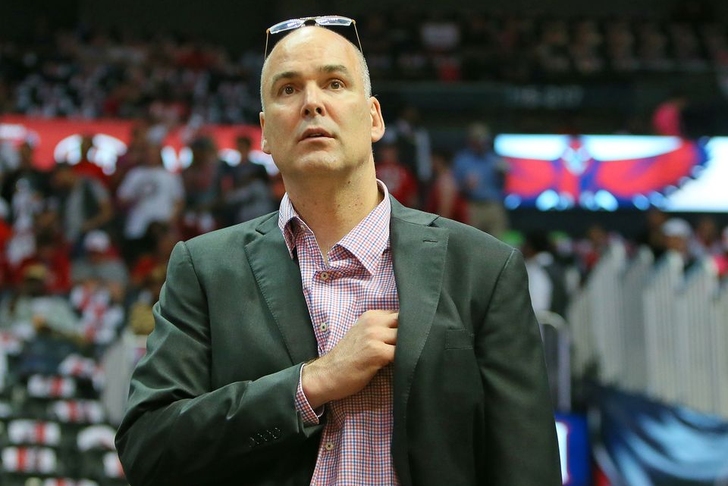 Atlanta Hawks GM Danny Ferry has been under fire in recent days for a remark that was described as "racially insensitive"...and it now looks like that was an understatement.

While describing a player believed to be then-free agent SF Luol Deng in a conference call with Hawks management, Ferry said the following:

"...he has a little African in him. Not in a bad way, but he's like a guy who would have a nice store out front but sell you counterfeit stuff out of the back."

The quote was obtained from an email sent by Hawks minority owner J. Michael Gearon, Jr. to owner Bruce Levenson, who recently announced his intention to step down after admitting to league officials that he sent a racist email in 2012.

Ferry played for both the Cleveland Cavaliers and San Antonio Spurs during a 14-year NBA career, winning the 2003 NBA title with San Antonio. He was also named the 1989 Naismith College Player of the Year during his time at Duke University.

We'll have more on this developing story in the coming hours - stay tuned to our NBA and Atlanta Hawks team pages for the news as it comes in.