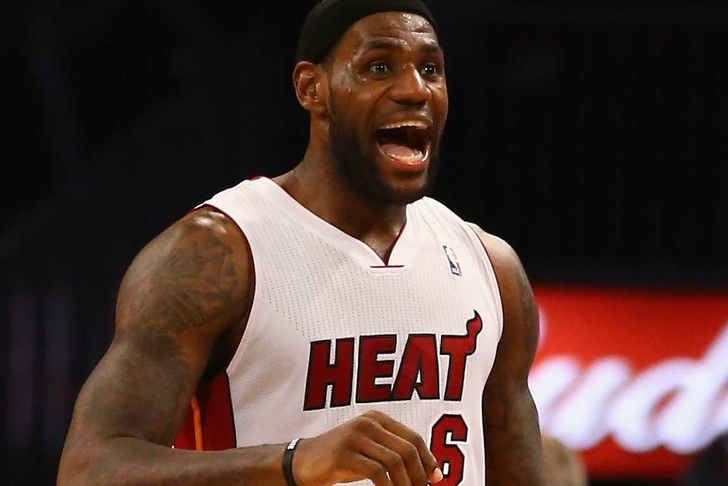 Game 1 of the 2014 NBA Finals between the San Antonio Spurs and Miami Heat took a very strange turn midway through the game, with an air conditioning malfunction at the AT&T Center in San Antonio leaving the entire arena sweating as the temperatures rose dramatically.

No one was affected more by this than LeBron James, who had to leave the game with 7:30 remaining due to what appeared to be extreme cramps:

As of this writing, there is no full update on James' condition.