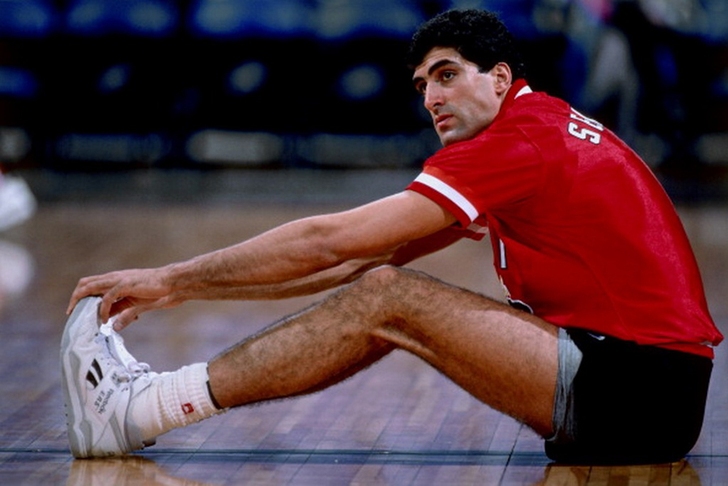 Rony Seikaly was one of Miami's first franchise players, joining the team shortly after they were added to the NBA in 1988. Seikaly, a 6'11 Lebanese center who played college ball at Syracuse, quickly acclimated to the NBA. "The Spin Doctor" led the team in points, rebounds and blocks in his second NBA season, and was named the league's Most Improved Player in 1990. With career highs of 40 points and 34 rebounds (both set early in his career), Seikaly was regarded as one of the league's top young centers.

Seikaly never quite lived up to the promise he showed early on - while he put up solid stats as a big man, he wasn't able to make an All-Star team and failed to lead the Heat past the first round of the playoffs. Seikaly eventually wound up shuffling between the Warriors, Magic and Nets before ending his career in Spain with Barcelona.

After retiring, Seikaly finally had time to explore his passions outside of basketball, and he did some experimenting with electronic music. In 2007, he played his first DJ set for a public audience, and it wasn't long before he was playing to packed clubs. He describes his sound as "groovy, sexy club music", and he lists Barry White and Genesis as two of his biggest musical influences.

Nicknamed 'Rony Style', Seikaly regularly does shows in New York, Las Vegas, Miami and Ibiza. Check out two of his latest tracks below (they're actually pretty solid, if EDM is your thing):