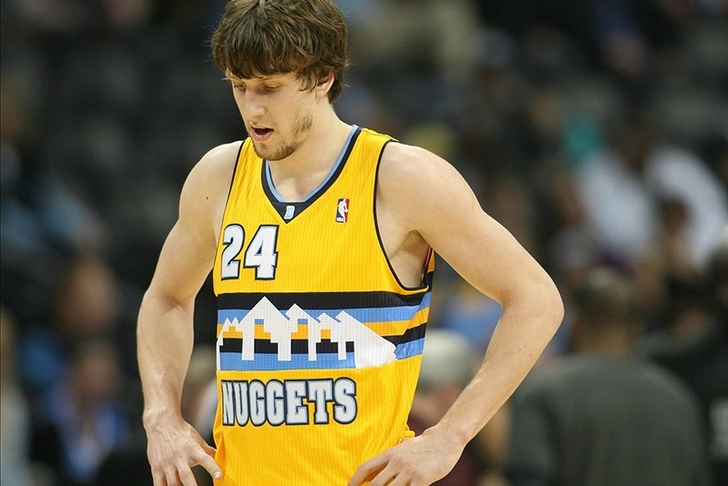 It's been real, Jan Vesely.

The Washington Wizards took the Czech forward with the #6 overall draft pick back in 2011, and he gained some notoriety when his emphatic celebration ended up doing the sports media rounds the next day.

Unfortunately, Vesely could never find that kind of passion on the court - in 162 games with Washington and Denver, the seven-footer averaged 3.6 points and 3.5 rebounds in just over 15 minutes per game.

Vesely will now take his talents to Turkey, and he's already agreed to a contract with Euro powerhouse Fenerbache Ulker. The news (broken by CSN Washington's Ben Standig) won't come as a surprise to anyone who watched Vesely closely over the past few years, but his stay in the NBA is historically short for a player drafted so highly.

According to ProBasketballTalk's Dan Feldman, only six other players since the NBA/ABA merger have lasted such a short time in the league after being drafted in the top six. Vesely joins just one of those six - former Nugget James Ray - as members of the club who weren't forced out by drugs or injuries.