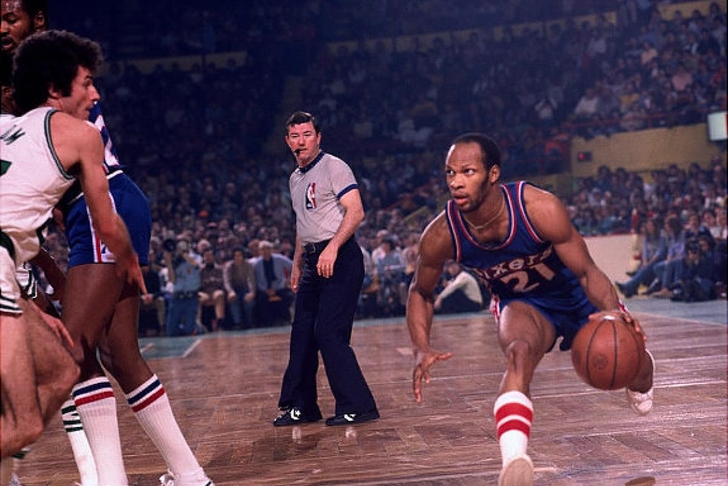 I was born in the 90s, and admittedly didn't pay much attention to the NBA until around the time Shaq started doing Burger King commercials.

Well, not long ago, I discovered Lloyd Free. Nicknamed "All-World" for his wicked 44" vertical, he averaged 30 ppg in 1979 with the Clippers, and over 20 ppg during his entire 13-year career. How had I never heard of this guy?!

In 1981, Lloyd Bernard Free officially his name to World. Take a stroll down memory lane and watch World B. Free dominate the game.