Eric Bledsoe's Relationship With The Phoenix Suns Damaged Beyond Repair? 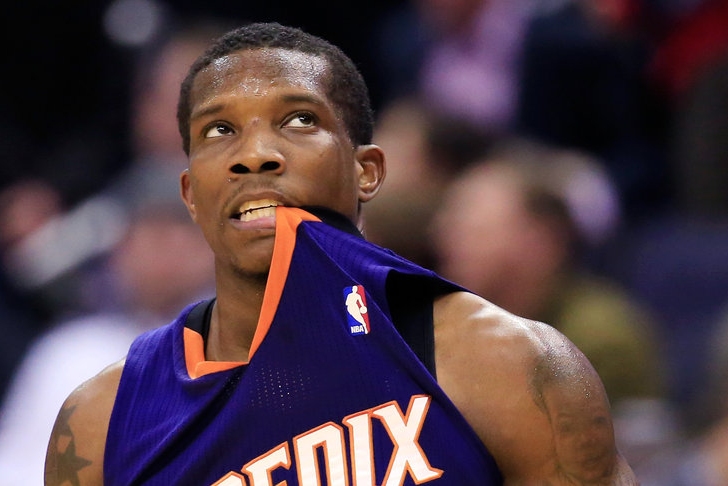 With most high-profile NBA free agents already signed, sealed & delivered, there hasn't been much action in the free agency rumor mill lately.

That all changed on Tuesday, with reports out of Phoenix that restricted FA point guard Eric Bledsoe's relationship with the team is rapidly deteriorating.

Per CSN Northwest's Chris Haynes, tensions have escalated to the point where Bledsoe's relationship with the team is "on the express lane to being ruined." Phoenix had offered Bledsoe a front-loaded contract worth $48 million over four years, but Bledsoe's representatives have balked at anything short of a max offer.

Phoenix has been adamant that they'll match any offer made for Bledsoe, and that's kept other teams out of the hunt up to this point. That hasn't sat well with the player, though, and Haynes says the stance has created a standoff that threatens to ruin any chances of reconciliation.

Miami, Milwaukee and the Los Angeles Lakers all registered interest in Bledsoe over the past few months, but all three teams are believed to be out of the hunt. This news, though, will no doubt see new teams enter the mix for Bledsoe's services - stay tuned.