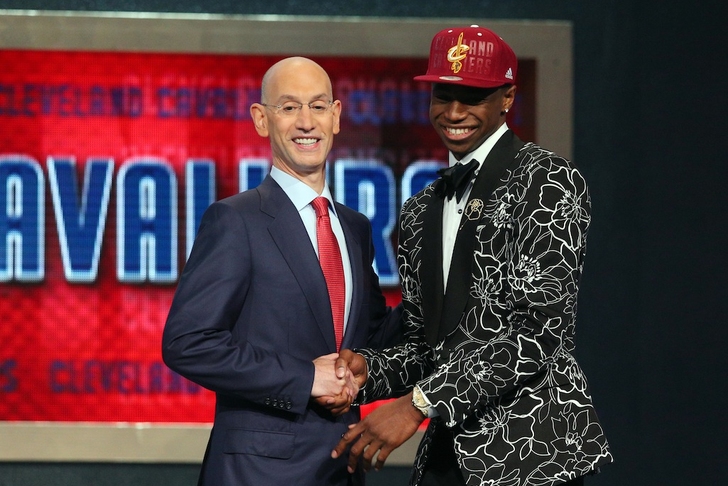 After nearly a year of speculation, the "Best Draft Class since LeBron" is officially in the NBA. Who managed to snag the right pieces from that talented group to make their team a whole lot better?

Charlotte managed to grab Vonleh after he slid a few spots, and he fits in perfectly with the Hornets. His shooting ability makes him a great pair with Al Jefferson, who doesn't move much from the block. Hairston will give Charlotte the knockdown shooter they've been so desperately lacking.

Orlando filled their needs by taking a point guard and power forward, so you can't knock them for that. However, taking Gordon fourth with Exum still on the board - when Gordon probably still would've been available at 10 or 12 - was a bit of a reach.

Perhaps the worst kept secret of the draft was that Miami really wanted Napier because LeBron liked him so much. Charlotte took him two spots before, so the Heat gave up the rest of their draft to get him. Smart move by the Hornets, and it was a lot for Miami to give up, but it seems like it'll be worth it.

My favorite player in the draft! #Napier

Payne is a good player, but he's very similar to the other bigs the Hawks have. Tavares is a huge center at 7'3", which will be nice to pair off the bench with Atlanta's smaller big guys. Patterson is unathletic, overrated, and probably won't do much if he makes the team.

Yes, Embiid will miss most of the year, and yes, Saric won't play in the NBA for two years. But can you imagine how good the Sixers are going to be in four years?

Michael Carter-Williams, McDaniels, Saric, Embiid, Nerlens Noel, Grant, and whoever they pick near the top of the draft next year, since they probably won't be any good again in 2014-2015.

But Philly wasn't going to be competing for a championship anyway, so why not take guys who are going to be REALLY good when they can play? Their second round picks of McDaniels and Grant were absolute steals, Micic and Dangubic are good draft-and-stash guys, and McRae could be a nice bench scorer.

I knocked them down to a B+ because you'd like to have your two top-ten picks playing right away, but I love what the Sixers did.

Both guys are excellent players, and Young's shooting will help a Celtics team that really lacks it. Smart is going to be a great point guard in the league, but I'm not convinced he can play with Rondo since neither can shoot.

When your lone first round pick is described as being "two years from being two years away", that should raise some red flags.

For a team that had no draft picks two days ago, the Knicks sure made out well. Early is a first round talent that will be a very good NBA player - grabbing him in the second round was a huge steal. Antetokounmpo needs time to develop but is already a solid defender, and Labeyrie is a decent draft-and-stash guy.

Jefferson's a good stretch four, but he does need to get a little stronger. With Kevin Garnett coming back for another season and Andray Blatche testing the market, Jefferson is a solid option to come off the bench.

Wiggins was the best player in the draft and Cleveland didn't overthink it. Harris is the type of player every good team needs that will shoot and defend well, while Powell is a physical presence that gets rebounds. Can't ask for anything more from a draft.

Parker will give the Bucks the star they so desperately needed, but their second round picks were confusing. Inglis is now stuck behind Parker and budding star Giannis Antetokounmpo at small forward, and O'Bryant just gives them another short big man when better options were on the board.

The Bulls did the right thing by picking the draft's best scorer to help their terrible offensive attack. Bairstow could develop into a nice rotation piece, but he'll probably spend most of his time in the D-League.

Detroit only had one pick, and they used it to draft the best player available. Dinwiddie was looking like a top-20 prospect before he tore his ACL a few games into the college season. If he fully recovers, he'll be a starter. If he doesn't the contract isn't guaranteed. Win-win for the Pistons.

What did you think of your team's draft? Tweet your thoughts and responses to @brauf33.

What are the potential landing spots for the Top 11 Undrafted Free Agents?

Reliving the Top Moments of the NBA Draft through Twitter