Does Dirk have one last run in him? Dallas Playoff Preview 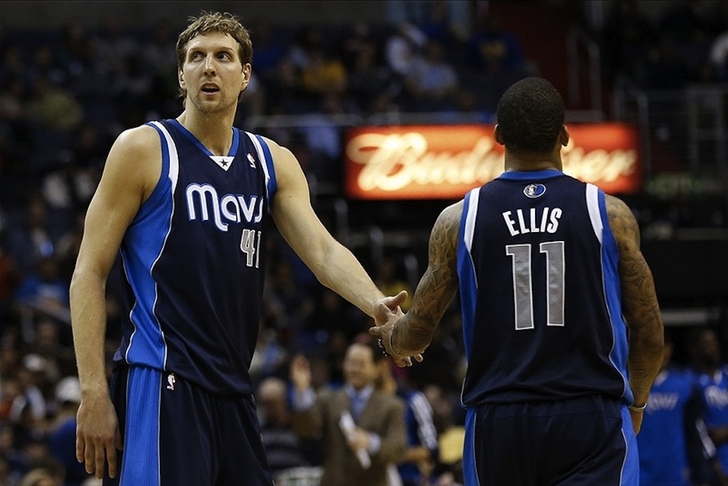 The Dallas Mavericks had banked the future of their franchise on being able to sign a superstar to succeed the great Dirk Nowitzki. First it was Deron Williams who decided he was better staying in Brooklyn, then it was Dwight Howard who figured Houston was the place for him.

So owner Mark Cuban had to go with plan B - sign a bunch of old veterans to short deals to try and hit the free agency jackpot again. They did manage to sign former All-Star Monta Ellis, but other than Dirk, it's a team full of average NBA players.

Still, Dallas managed to scrap and claw their way into the playoffs after a one-year absence. But will they be able to do anything once the postseason starts?

Ellis has been known as somewhat of a wildcard during his nine years in the league, and developed a reputation as a 'me-first' player while in Golden State. He spent six and a half years putting up crazy numbers as a Warrior, mostly on losing teams. When he was traded to the Bucks during the 2011-12 season, he spent the next year and a half doing the exact same thing, except in Milwaukee.

Now in his first year in Dallas, he's averaging the second-lowest point total (19 ppg) of the past seven years of his career, but he's finally playing on a winning team. He's proven to be a great second-option to take some of the pressure off of Dirk, and he's going to need to keep doing that in the playoffs for the Mavs to have success.

Ellis has been known to take himself out of games, but if he can be engaged and focused, chances are he'll play really well, which will give Dallas a chance to do anything this postseason.

Dallas matches up well with Portland solely based on two individual matchups - Dirk and LaMarcus Aldridge are as close to mirror images of each other as there is in the NBA, and Ellis and Damian Lillard are of the same size and skill set, leaving them capable of defending each other well. That leaves it up to each team's supporting cast, and Dallas has a few savvy veterans like Jose Calderon, Shawn Marion, and Vince Carter who can pick up the slack on any given night, which is why Dallas won the season series 3-1.

Oklahoma City, on the other hand, has problems against teams who have big guys that can shoot from the outside, a la Dirk Nowitzki. He forces shot-blocker extraordinaire Serge Ibaka to play away from the basket, and with Ibaka being the Thunder's only legitimate rim protector, it opens up the lane for everyone else, giving guys like Ellis and Carter a chance for easy baskets.

I won't spend too much time talking about San Antonio because they're just plain and simply better at every position than Dallas.

Los Angeles and Golden State on the other hand provide a major problem for Dallas because they love to get up and down the court and play a fast paced game. The Mavericks don't necessarily mind this, but they're a team full of old guys who can't do it the same way as the youthful Clippers and Warriors can. Their leaky defense also gives up an enormous amount of points to both teams, and although Dallas can score, they can't score enough to make up the difference.

Dirk channels his inner 2011 self while Ellis shows he hasn't lost a step while still playing team basketball, and Dallas upsets the Spurs in the first round. They face Portland instead of the Rockets in the next round, giving Dallas another improbable upset. In the Western Conference Finals, the Mavs face either OKC or the Clippers, both of whom are just too much and keep Dallas from reaching the NBA Finals.

Dirk plays terribly, Ellis goes back to being selfish, and the Spurs sweep through the Mavs with ease.

While I don't think their first round series will be a sweep, I do expect Dallas to lose in five games (though those games will all be competitive) to San Antonio.

The top six teams in the West have differentiated themselves from the rest of the conference, and unfortunately Dallas falls just below that line. They simply don't have the talent level to seriously compete with any of those top six teams over a seven-game series.

Indiana Pacers – Can the Pacers Get Over the Hump?