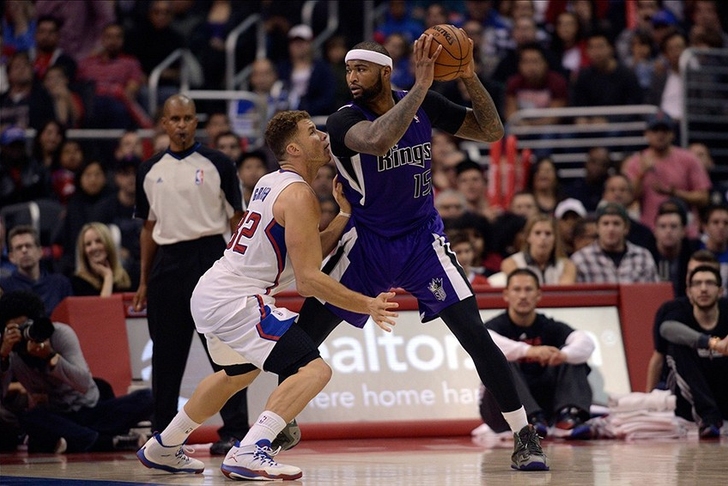 Back in November, DeMarcus Cousins pulled teammate Isaiah Thomas away from Chris Paul at the end of a chippy Clippers-Kings game, refusing to let his teammate shake hands with the Clippers' all-star:

After the game, Paul made his displeasure known.

“He’s young, man,” Paul said during a televised postgame interview. “He don’t know no better. He needs some guidance. It is what it is.”

Paul had several heated interactions with officials during last night's game, and ended up at the center of a postgame melee after ripping the ball away from Andrew Bogut after the final buzzer sounded.

The Clippers' next game against Sacramento will no doubt feature more fireworks - the two teams meet again in Los Angeles on April 12th.