Charles in Charge: The Best of Charles Barkley 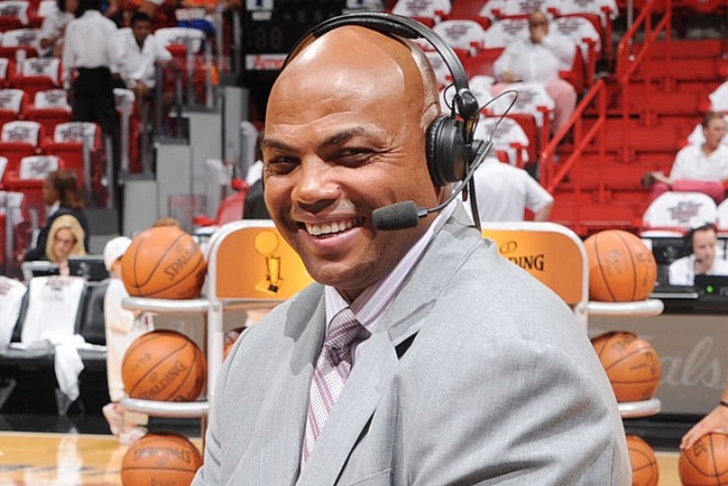 Let's take a look at some of Sir Charles' finest moments:

Charles makes fun of Kazaam, Shaq is not amused:

Sir Charles and Shaq have always had an interesting relationship. Chuck used to be the undisputed top dog on Inside the NBA, but when Shaq joined the team, he seemed intent on making himself the center of attention - often at Barkley's expense.

When Shaq lofted up a softball for Barkley to hit out of the park, Charles couldn't help himself:

Charles Barkley's golf swing is a work of art. Okay, so it's more something a kindergartener put together with macaroni than a Mona Lisa, but it's still a sight to behold. It's like his golf swing caught a case of the hiccups - see for yourself:

Charles has two words for you:

In Chuck's defense, it's not like he studied much math at Auburn. Or English. Or anything, really. His descriptions of college don't make it sound like hitting the books was much of a priority:

Ernie Johnson: "Did you graduate from Auburn?"

Charles: "No, but I have a couple people working for me who did."

Ernie: "Auburn is a pretty good school. To graduate from there I suppose you really need to work hard and put forth maximum effort."

Charles: "20 points and 10 rebounds will get you through!"

"When I was recruited at Auburn, they took me to a strip joint. When I saw those t****** on Buffy, I knew that Auburn met my academic requirements."

For a dude who hasn't had hair since the early 1980's, Charles is pretty harsh when it comes to judging other people's:

Charles, at 44, agreed to a footrace against NBA ref Dick Bavetta, who was apparently 67 at the time of the race despite looking about 112.

We all know Charles is not a role model, but a lot of people have forgotten about the time he dunked on the mythical sea creature that keeps trying to destroy Tokyo:

I wonder if Godzilla can still ball - the Lakers could still use a big man. This commercial also spawned a comic book, which is kind of incredible if you have time to check it out.

It's one thing if Lou Holtz or falls asleep on air - the guy is like, 128. Barkley, though, has no excuse:

Can Charles Barkley do more pushups than a middle-aged mother of two? Will watching him attempt physical feats of strength ever stop being funny? You'll have to judge for yourself:

Did we miss any of Chuck's greatest moments? Add your own favorites in the comments section below.

"It's kinda great to see the Celtics doin' well again cuz that was so much fun in my day to go to the Boston Garden and they spit at you and throw things at you and talk about your mom. It sounds like dinner at Kenny Smith's house."

Movember Special: The Most Epic Mustaches in Sports