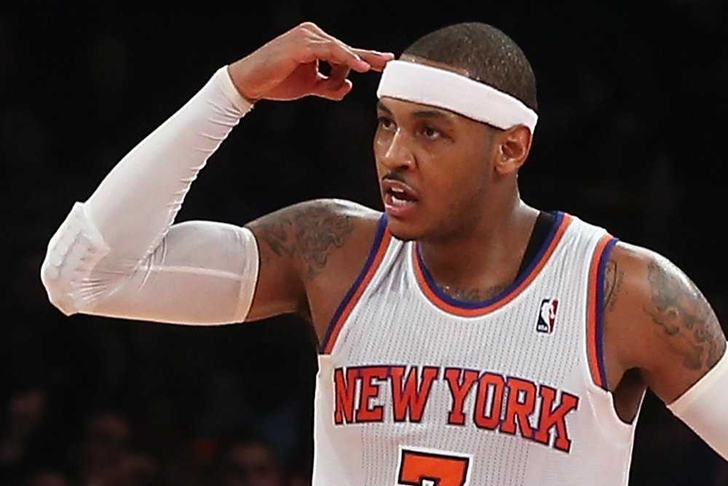 Carmelo Anthony's free-agency decision has been overshadowed by the LeBron James saga this week, but ESPN's Stephen A. Smith is doing his best to change that.

Anthony is headed back to the Knicks, according to the New York Daily News...but not so fast, says Stephen A.

Smith went on ESPN Radio's Mike & Mike show this morning to talk Carmelo and LeBron...and what he had to say about Anthony directly contradicts a number of existing reports.

On Carmelo: "Hold the horses - the decision hasn't been made, nothing is final yet...because apparently Chicago has jumped back into the mix. Melo is considering what they're putting on the table."

Then, Stephen A. almost immediately doubles back, claiming that there's no way Melo would leave New York's offer on the table for significantly less in Chicago, because "Carmelo loves his money".

After that u-turn, Smith brings up the possibility of Los Angeles, citing Anthony's wife's desire to advance her career in the entertainment industry. The only problem? Anthony's wife had been previously reported as the loudest voice telling him to stay in New York.

So, what should we believe? At this point, it makes the most sense to treat everything as speculation unless it comes from a player or a team. It's important to remember that the crazier this gets and the longer it plays out, the bigger the ratings for ESPN...so a quick, easy resolution is not in their best interests. All this information might point in one direction or another, but it shouldn't be taken as definitive proof of anything.