Can the Hawks possibly beat the Pacers? Atlanta Playoff Preview 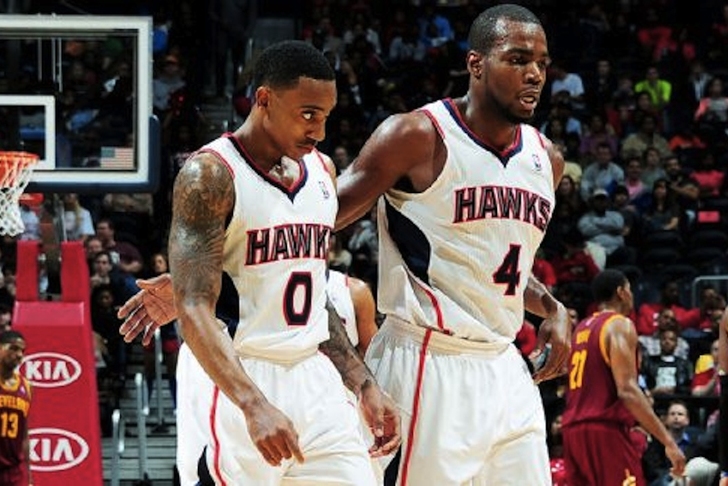 Atlanta came into the season with a ton of cap space and flexibility, hoping to make the moves that would make them a Eastern Conference contender. They were also forming a new identity after not resigning forward Josh Smith and all of Josh Smith's long mid-range jumpers a year after trading away former franchise player Joe Johnson. They used that money to sign forward Paul Millsap, teaming him with Al Horford and Jeff Teague to form Atlanta's version of a Big 3.

Things were looking good for the Hawks at the start of the season as the found themselves in the top four of the Eastern Conference, but then Horford tore his pectoral muscle and was forced to miss the rest of the year. Without their best player, it was clear the Hawks weren't going to compete for a championship, so they decided the franchise's best course of action would be to tank out of the playoffs and get a high draft pick in this loaded draft.

It was a great plan - except for the fact that half of the Eastern Conference had gotten about a third of a season head start. Everyone was trying to lose, and the Hawks just didn't have enough time to catch up with everyone else.

So now they're in this unique position of being in the playoffs when they didn't exactly want to be, but have had as much regular season success against Indiana (the team they face in the first round) as anyone else in the East. Do they have what it takes, even without Horford, to pull the upset?

When Horford got hurt, it left a big scoring void that needed to be filled for the Hawks to be able to continue to play well. Many people felt that burden would fall on Teague, who's a very good player but is caught in the "Mike Conley level" of NBA players - dangerous and someone you need to gameplan for, but not good enough to be an All-Star.

It was the perfect opportunity for him to step up and take that next step in his progression, which he didn't do in the regular season. For the Hawks to become a threat to the Pacers, Teague is going to have to be at his best at all times and will have to carry Atlanta offensively.

Atlanta split the season series with each of the top two teams in the Eastern Conference, which is a bit of an abnormality considering they didn't do that well against most other teams in the league, hence why they're the eighth seed.

The Hawks were one of just two teams that beat the Pacers in Indiana by double-digits, and were actually the most efficient team against them this season. Atlanta's ball movement and three point shooting gave Indiana's defense fits, and they play just as physically as the Pacers. Those factors also worked extremely well against Miami, who doesn't guard the three-point line very well, and allowed the Hawks to stay in games by how many threes they shoot.

The Bulls' tough defense gives every team problems, but especially for teams that don't have great individual offensive players. Atlanta is one of those teams, and they're really limited by Chicago's ability to disrupt shooters. Washington, on the other hand, is a really athletic team that can score points in bunches. For a team that's somewhat limited offensively, the Hawks just can't keep up with them.

The Pacers continue their recent slide and the Hawks continue their success against Indiana, pulling out the massive upset in seven games. They then put up a good fight agains the winner of Chicago and Washington, but just aren't talented enough and lose in the second round in five or six games.

Indiana plays up to their potential and sweeps the Hawks, winning every game by over 20 points.

Atlanta has had a lot of success against the Pacers this season, but the playoffs are a different animal than the regular season. The Hawks might be able to steal a game or two from Indiana, but there's no way they're going to be able to beat the Pacers.