Can the Bobcats win their first ever playoff game? Charlotte Playoff Preview 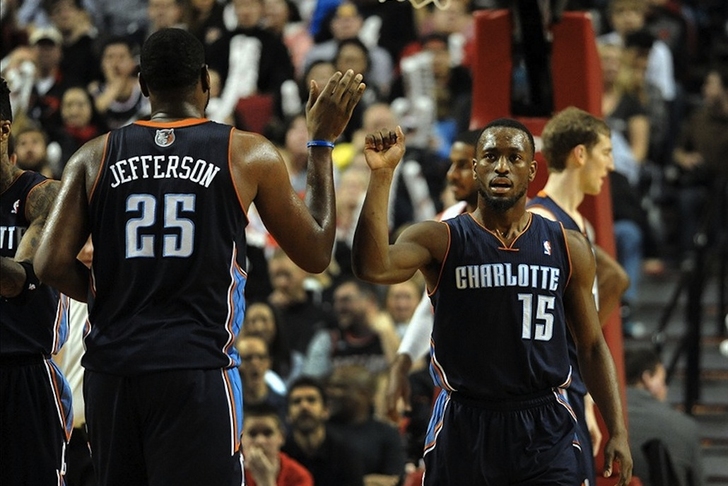 Wait... the Bobcats are in the playoffs??? Are you sure??

Yes, this isn't some long drawn out April Fools' joke. The Bobcats - the same Bobcats that went 7-59 just two short years ago - are back in the playoffs for the second time in team history.

Many experts didn't know what to think about Charlotte before the season started. They signed underrated center Al Jefferson (22 ppg, 10.8 rpg) in the offseason, a guy who has greatly improved the team. He's a good player, but not the great one the Bobcats desperately need. A lot of people thought they should tank and try to get a franchise player in the draft, but signing a player of Jefferson's caliber would most likely keep them out of the lottery.

First year head coach Steve Clifford has the team playing defense at an elite level, as the Bobcats rank fourth in the league giving up only 97.2 points per game on average. Other than that, they just look like an average team. Charlotte might not have the usual talent level you'd expect of a playoff team, but they grabbed the seven-seed in an unusually weak Eastern Conference.

Now that they're here, can this team get the franchise's first every playoff win?

Charlotte knows what they're going to get from Jefferson every single night, and with a roster full of role players, they need their second best player to step up and be a star in the playoffs if the Bobcats want to make any serious noise. Walker had a solid season, averaging 17.6 ppg, 6.1 apg, and 4.2 rpg, but they need him to elevate his game to new levels.

And he's fully capable of doing just that. He's been inconsistent throughout the year with his shooting and total overall output, which Charlotte can't afford against the Heat. They're going to need Kemba to be at his best at all times if they hope to pose any sort of challenge against Miami.

Both the Raptors and Wizards are young teams, like the Bobcats, but they don't have any big guys that can match up with Jefferson. Charlotte also plays at a slower pace with a focus on getting the ball down low to Big Al, and can dictate the tempo against teams like Toronto and Washington who like to play at a faster pace.

Unfortunately for the Bobcats, they won't get a crack at either team until at least the second round...unless they shock the world and get past the Miami Heat.

Is this really a surprise?

Miami is one of the NBA's elite teams with an abundance of talent, while Charlotte is a middling team with no real stars. That talent level led to the Heat sweeping the season series between the two sides, and they'll try and repeat that feat in the first round of the playoffs.

LeBron and Bosh can't guard Jefferson in the post, as the Bobcats surprisingly push the Heat to a seventh game, but can't manage to pull out the series in Miami.

The Heat play up to their potential and sweep the Bobcats, keeping the franchise from getting their first ever playoff win.

There's really no way the Bobcats can get past the Heat, but I don't think Miami will sweep them. I think they'll slip up and simply lose focus, which the Bobcats are good enough to take advantage of and steal a game. However, I think that's all they're going to get.