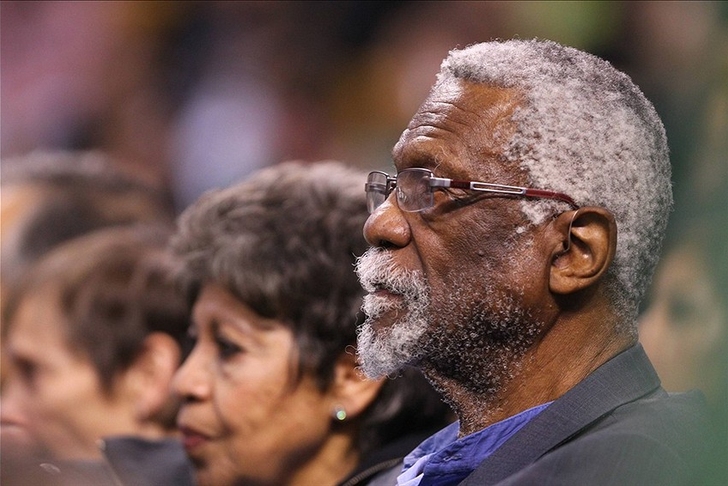 UPDATE: Bill Russell collapsed while giving a speech in Lake Tahoe. #Celtics tell me he is doing OK and will likely fly out tonight #wcvb

We're seeing reports on Twitter that NBA legend Bill Russell collapsed on stage while giving a speech in Lake Tahoe:

Prayers for Bill Russell, he just collapsed on stage while speaking to our company. #shocked

Martin also says Russell was conscious when he left via Ambulance:

@ESPNBoston he was conscious when he left via ambulance. That is all I know at this time. I'll let you know if I hear anything else.

We also saw this (by way of Deadspin's Barry Petchesky), but please remember that reports from Twitter should not be considered fact unless confirmed elsewhere.

Our thoughts go out to Mr. Russell, and hopefully this is nothing serious.