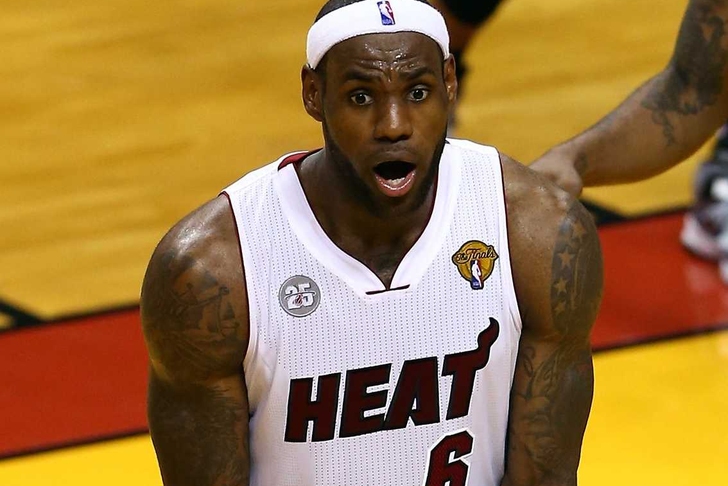 UPDATE 2: Bob Jones, who first broke the news that local police near LeBron's Akron-area home would be on high alert today, now says this could stretch into Friday:

UPDATE: The 3:30 announcement predicted by Sam Amico clearly didn't go down - his response:

No announcement from James at 3:34. Police officers remain. Again, they were told to be prepared for 3:30 announcement. It didn't come.

The source on 3:30 stuff isn't some big secret by the way. It's an Akron police officer. He repeated to me instructions from superiors.

That's Bob Jones of Akron/Canton's WEWS NewsChannel 5, in case you were wondering. This comes on the heels of Stephen A. Smith announcing that he thinks James is headed back to Cleveland. Independent writer Chris Sheridan was the first to go all-in on LeBron to Cleveland reports, and doubled down on his sources this morning on Colin Cowherd's radio show.

To clarify, James will not be at the Bath Township (near Akron) home when the announcement goes down - he reportedly still plans on heading from Las Vegas to Brazil as previously planned. Having riot control police near his home in Akron doesn't necessarily indicate he's coming back to Cleveland...but there's definitely something big happening.

No matter what announcement LeBron has coming this afternoon, this summer's free agency blitz is about to get a whole lot more interesting.