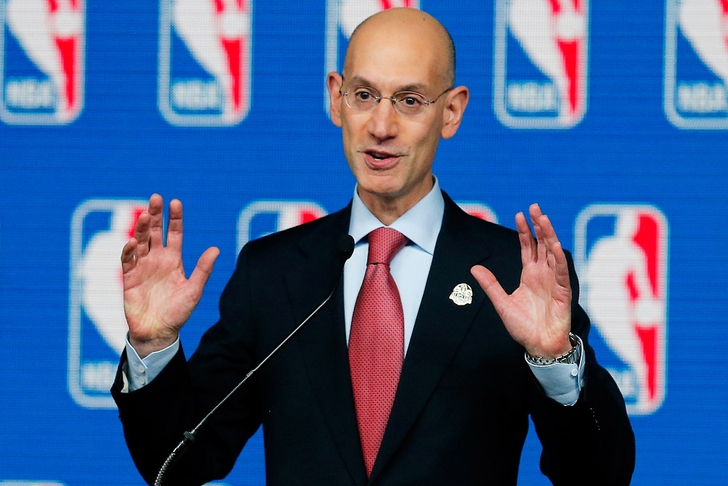 If you're an NBA purist who gets angry at the idea of advertising on jerseys...you probably aren't going to like this one.

According to league commissioner Adam Silver, the NBA is "considering the idea" of a mid-season tournament, similar to the cup competitions that take place in most soccer leagues around the world. Silver made the remarks during a Tuesday press conference where he discussed a number of ideas the league is looking at with a view to improve overall fan experience.

For those of you unfamiliar with soccer, here's the breakdown on how this kind of competition would (most likely) work in the NBA:

All 30 teams would be seeded into a 32-team bracket, with two teams given automatic byes into the next round. Games would be played during the normal NBA calendar, but not on the same days as regular-season contests. To maximize television ratings, we'd probably see each round play out on a Saturday or Sunday, building up to a "cup final" on national TV.

The biggest issue would probably be teams losing early to minimize the minutes their starters play (we're looking at you, San Antonio) - in soccer, these cup competitions are very prestigious, but in the NBA, we can see plenty of fans (not to mention coaches) who see it as a meaningless distraction from the regular-season schedule.

A basketball cup competition is certainly an interesting idea, and it's great to see Adam Silver and the league thinking outside of the box when it comes to ways for the NBA to grow. That said, this idea would face so much opposition that we frankly can't see it happening any time soon - rest easy, traditionalists.