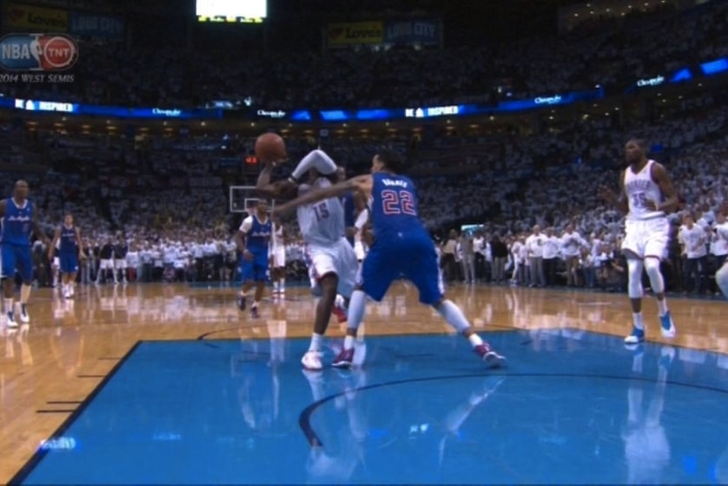 The events of last night in the NBA summed up everything the league is, and did so over the course of five hours.

There was Wizards-Pacers, Thunder-Clippers, and the Pistons hiring Stan Van Gundy as their coach and president, giving him some front office control.

Let's begin where the night started.

Indiana looked like they had turned the corner after three straight wins over the Wizards and were back on track to contending with Miami. Then this happened.

They were outrebounded by almost 40, were so anemic offensively, and were just so frustrating to watch because they didn't seem to care that they were being manhandled. The Pacers reminded us of the predictable unpredictability of the league, because we should have known better than to trust Roy Hibbert.

The team that did the manhandling, the Washington Wizards, are just one of the many spectacularly talented young teams in the league. Many non-basketball fans view the NBA as stale because there are no real surprises over the course of a full season. This year blew that notion out of the water, and Washington was just one of those surprises - and they keep surprising in the playoffs. Don't be surprised to see them push Indy to a toss-up Game 7.

During the second half of that game, reports came out about the Detroit Pistons naming Stan Van Gundy as their new coach and team president, which sums up two of the leagues big problems.

One, there are not enough good head coaches out there, and two, when you are a halfway decent coach, you can demand to have more control over the entire organization, even when you don't deserve it.

Don't get me wrong, SVG is a good coach and the Pistons need all the help they can get. But should he really have front office power with a franchise? What has he done to deserve that?

But Stan Van? He's never won a ring and has only been to the Finals once, and he's had two years away from the sidelines.

Will he help the Pistons? Absolutely.

But the moral of the story is that dysfunctional franchises are willing to give anything to be relevant again, and Stan Van took advantage and landed a comfy five-year gig.

As basketball resumed, it looked like the Clippers were going to take OKC to the woodshed, but the Thunder, I mean Russell Westbrook, responded and brought the game close again before halftime.

Then Los Angeles pulled away again and had the game won...until they didn't.

It was a crazy, insane, ridiculous turn of events that was just the latest chapter in the best postseason in NBA history. It was also another example of why conspiracy theories exist in the league, but I digress.

There was no way the Thunder should have won that game. The Clippers did everything wrong in the last three minutes and STILL needed one (or two or three) blown call in the last 15 seconds to actually give it all away.

And Chuck though the refs were just turrible:

It was frantic. It was hectic. It had more drama than the Real World. It had more people yelling and screaming than all Teen Mom episodes combined. It was better than anyone could have scripted.

But most of all, it was the NBA. And the best part is, we get to do it all over again tonight.

I love this game.