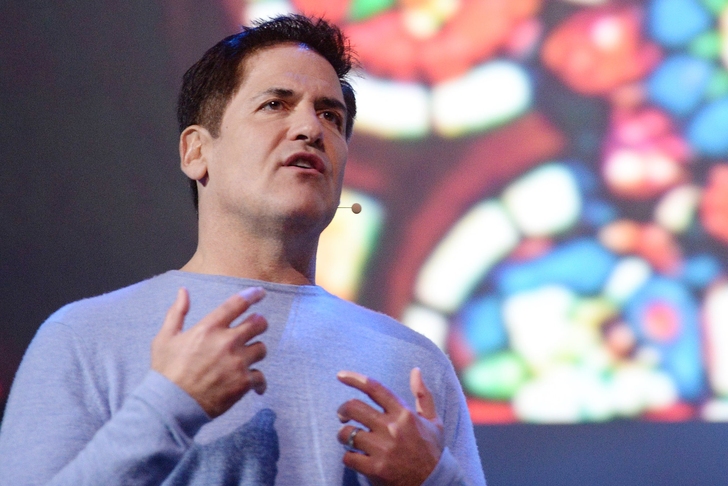 Dallas Mavericks owner Mark Cuban has had it with Bleacher Report, and he took to Twitter on Wednesday night to let it be known.

The outspoken Dallas Mavericks owner tweeted at Bleacher Report founder and general manager Dave Finocchio, taking him to task for what he sees to be a severe lack of quality reporting on the site:

.@DaveFinocchio when are you going to take responsibility for the lazy, irresponsible columns that are a daily @BleacherReport occurrence?

One Bleacher Report article in particular by featured columnist Jim Cavan seems to have been the culprit.

In an article posted on Thursday night (that we won't link to), Cavan links to an interview Cuban did with Inc. Magazine's Maria Aspen at the GrowCo Conference in Nashville, Tennessee - giving special thanks to The Tennessean's Shelly DuBois for quotes from said interview.

One of the excerpts Cavan focuses on is the following:

However, the problem here is that the above quote is not from the interview with Aspen. DuBois' piece is about a separate on-stage interview Cuban did with Inc. Magazine's editor-in-chief, Eric Schurenberg, in front of a live audience at the conference.

The article written by DuBois (and quoted in Cavan's piece) is her doing a truncated recap of the highlights of his speech, and is not the same Inc. Magazine interview that Cavan  links to and quotes later on in his post.

Here is the actual transcript of the Inc. Magazine interview with Maria Aspen which Cavan links to in his article so you can judge for yourself:

You know, in this day and age, this country has come a long way. Putting any type of bigotry behind us, regardless of who it's towards...whether it's the LGBT community, whether it's xenophobia, you know, fear of people from other countries...

We've come a long way, and with that progress comes a price. Where we're a lot more vigilant...and a lot less tolerant of different views. And, it's not necessarily easy for everyone to adapt or evolve.

And, the list goes on of stereotypes that we all live up to and are fearful of. And so, in my businesses, I try not to be hypocritical. You know, I know that I'm not perfect. I know that I live in a glass house, and it's not appropriate for me to throw stones. And so, when I run into bigotry in organizations I control, I try to find solutions.

I'll work with people. I'll send them to [sensitivity] training. I'll try to give them a chance to improve themselves. Because I think helping people improve their lives, helping people engage with people they may fear and may not understand, and helping people realize while we all have our prejudices and bigotries, we have to learn it's an issue we have to control..that it's part of my responsibility as an entrepreneur to try and solve it - not just to kick the problem down the road.

Because it does my company no good, it does my customers no good, and it does society no good if my response to somebody and their racism or bigotry is to say 'it's not right for you to be here, go take your attitude somewhere else.'

Cavan quotes part of this interview later in his article, which means that Cavan was privy to the entire above transcript when he stated boldly that Cuban's intimations were racially charged: "It's also, you know, pretty racist."

To go one further, he decided to use this as the headline (later removed): “Mavericks Owner Mark Cuban Says He’s ‘Bigoted’ Against ‘A Black Kid in a Hoodie”

In summary, Cavan picked and chose pieces of both interviews that would help to give his article some shock value - carelessly mixing sources and being as "lazy" and "irresponsible" with his writing as Cuban charges the entire site with being on a daily basis.

Needless to say, the fiery Cuban let Cavan have it via Twitter:

. @JPCavan You owe me an apology for calling me a racist. I have my failings and I mentioned those in the interview. But a racist I am not — Mark Cuban (@mcuban) May 22, 2014

I wonder if @BleacherReport will come out with an article about how @JPCavan called @mcuban a racist then changed it http://t.co/ElzHVJ2Rgz

Two things: 1) Yes, I missed the attribution by one degree. 2) Yes, I did include Cuban's later ramarks. 3) Man... tough crowd tonight.