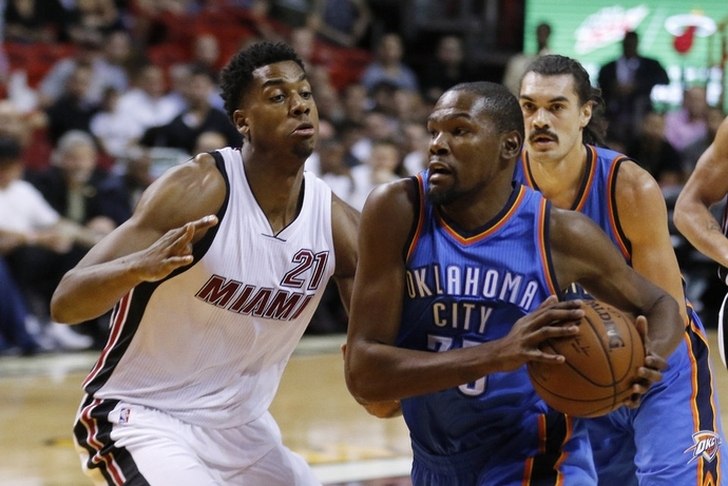 NBA free agency has become almost as big of a spectacle as the regular season itself, and that will be the case again this year with a loaded class of available players. Nearly every team in the league also has a lot of money to spend given the huge salary cap increase, meaning these players will have plenty of suitors. Here are six of the biggest and best names available this summer - and where they'll sign. 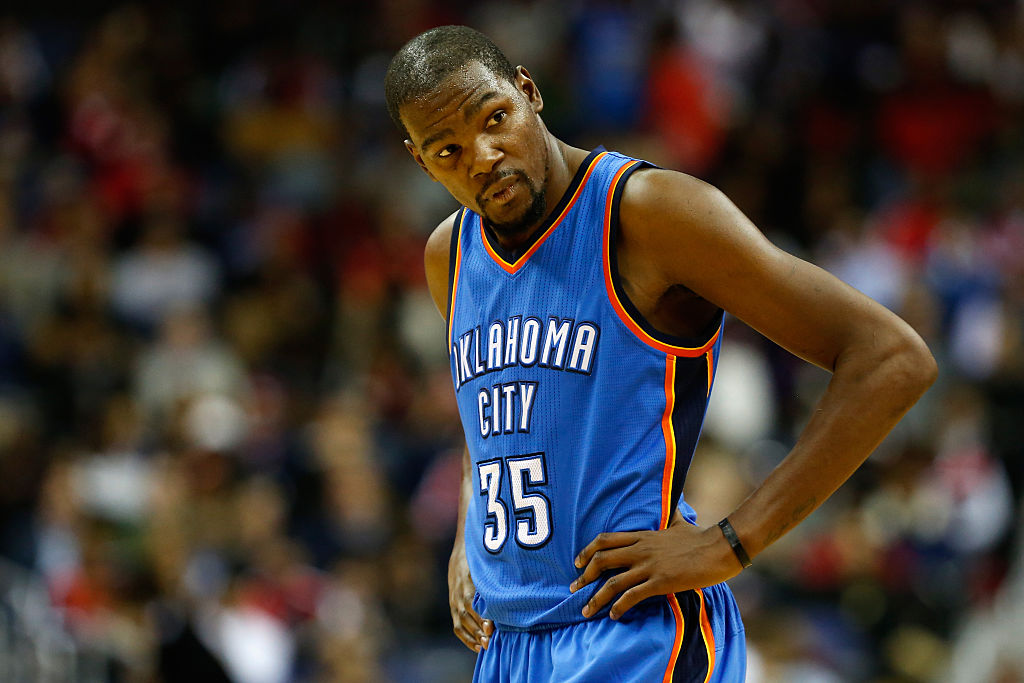 Durant is the biggest name to hit the free agency market since LeBron James went back to Cleveland, and there has been plenty of speculation about his future for the past two years. Oklahoma City may have helped their chances to keeping him by making a long playoff run, but other title contenders will certainly be in the mix.

Prediction: Thunder
Russell Westbrook will be a free agent after the 2016-17 season, and many think that Durant will use that opt-out after the first year so him and Westbrook can decide on their futures together - whether that means both staying in OKC or leave to sign elsewhere separately.

Oklahoma City also showed that they have the potential to win a title by knocking off the Spurs and nearly beating the Warriors. Signing up for one more run before becoming a free agent again in 2017 appears to be how this drama will shake out.

Prediction: Lakers
The Lakers have more cap space than anyone this summer. They also need a rim protector, and Whiteside loves the idea of playing in Hollywood. The goal for Los Angeles this offseason is to bring in two top-level players, and selling Whiteside on all of that potential - while continuing the tradition of Lakers big men (which is a stretch, but they'll pitch him that) - should be enough for him to sign a max contract with LA.

DeRozan has emerged as an All-Star in Toronto, averaging a career-high 23.5 points per game this season - the third straight year he has averaged at least 20 points per game. Still just 26 years old, DeRozan has several years left in his prime.

Prediction: Raptors
The Lakers were thought to be the biggest threat to sign DeRozan considering the fact that he's a Compton native, but they publicly said they don't plan on pursuing him. DeRozan has also said he doesn't want to be anywhere other than Toronto, and the Raptors have made re-signing him their top priority.

Prediction: Celtics
If Horford wants to chase a title, there might not be a better (realistic) landing spot than Boston. The Celtics lack a true big man, something Horford could provide. Isaiah Thomas and Horford could be deadly on the pick-and-roll, putting the Celtics another step closer to being a title contender. Dwight Howard is not happy playing for the Rockets and all signs point to him opting out of his contract after the season to become a free agent. He is on the downside of his career and has developed a reputation for being a locker room cancer, but he is still an excellent rebounder and a rim protector.

Prediction: Hawks
Howard's hometown team nearly traded for him at the deadline, but ultimately decided to hold onto their current pieces. However, it's clear the Hawks are looking to move on from their current core group of players, and with over $30 million in cap space this summer, they have the funds to add Howard.

Atlanta will ramp up their pursuit of Howard if they can't re-sign Horford. Assuming Horford bolts for Boston, this is where Dwight will land. If Horford is back with the Hawks, the Celtics could turn to Howard.

Prediction: Knicks
Conley has been linked to New York for the past two years now, and he is priority No. 1 for the Knicks. It seems like a foregone conclusion that Conley will depart the aging and diminished Grizzlies, and New York is prepared to throw a ton of money at him to fill their desperate need for a point guard.