5 Trades That Could Happen During The 2016 NBA Draft 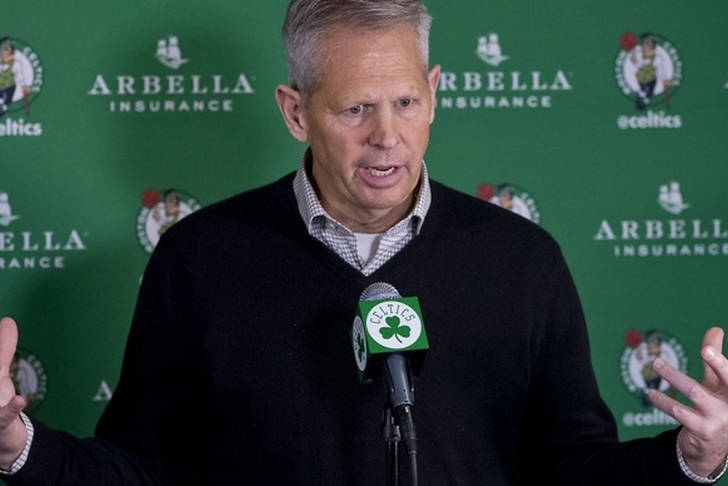 The 2016 NBA Draft is just over a week away, and while teams are doing their final evaluations of prospects, several are also discussing trades to move up or down in the draft to pick the guys they want. Here are five trades that we could see happening on draft night:

New York is trying to trade into the draft to pick either Kansas SF Wayne Selden or Indiana PG Yogi Ferrell, and while they'd like to get a first-round pick, they simply don't want to give up the assets to do that - and both players should still be available at this point in the second round. Milwaukee picks two selections before this, so they could be willing to give up this pick.

Los Angeles is trying to move up in the draft, and the Hornets don't have any particular prospect they're in love with at their spot. It makes sense for Charlotte to trade back and add an extra pick in that sense.

Toronto will likely lose Bismack Biyombo in free agency this summer, and Noel is a premier shot-blocker who can come in and fill a similar role. Philadelphia is actively shopping both him and Okafor, but I don't think they'll be able to unload Okafor given their asking price, leaving Noel to be dealt.

There are rumors that these two sides are already talking about a deal, and acquiring the No. 9 pick in the draft gives them the ammo to make this deal. They'd use this pick to draft Murray (Dunn will likely be gone because of the next trade), while Phoenix would have give picks in the first round.

Both the No. 9 and No. 13 picks would allow Phoenix to add some of the top big men prospects to immediately boost their frontcourt rotation, while three picks in the 20's give them a chance to add depth and gamble on high-upside prospects or draft-and-stash guys.

Though the Timberwolves are also trying to make a trade for Butler, the Celtics can offer the most attractive offer. Butler is a bonafide superstar who would give Boston the key piece they've been missing - while also making them more attractive to top-tier free agents. Sure, it's a lot to give up (especially that Nets pick), but it would be absolutely worth it for the Celtics.

The move would also give Chicago three of the 23 picks in the draft, the opportunity to draft Providence PG Kris Dunn (who they love) and a viable starter Bradley.