5 Teams Who Could Trade For Russell Westbrook This Season 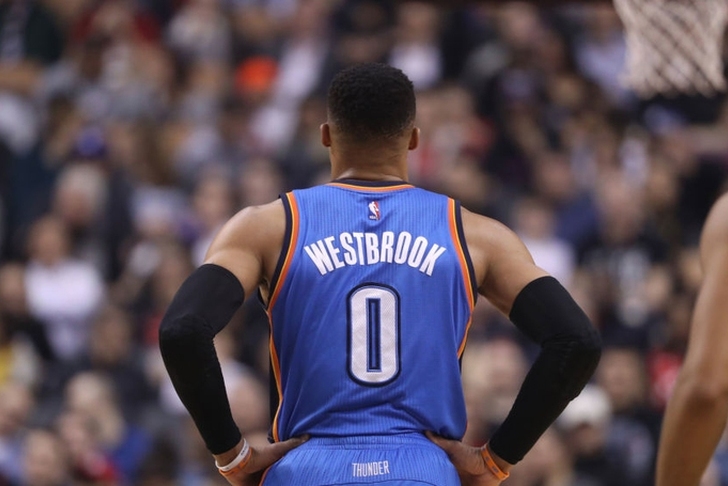 Russell Westbrook was celebrated when he signed a two-year extension the Oklahoma City Thunder last season, but that doesn't mean his future is set in stone.

Westbrook is expected to decline the third year player-option on his contract, allowing the Thunder to offer him the richest extension in NBA history. However, he could turn down that extension if he's not convinced OKC will be a contender, in which case Oklahoma City would put him on the trade block this summer.

Here are the five teams that would be the most likely to trade for him should that happen:

5) Brooklyn Nets
The Nets are finally going to be in control of all their first-round picks starting in 2019 and are in desperate need for a star, which would also help attract free agents. It is New York, which could help Westbrook further pursue his interest in fashion. But, given the disaster that was the Celtics deal, would they be willing to send a lot of picks (since they don't have a lot of assets) to OKC for Westbrook?

4) Los Angeles Clippers
Westbrook is a Long Beach native, so playing in Los Angeles would obviously have some appeal to him. The Clippers are facing a crucial offseason with both Chris Paul and Blake Griffin serving as free agents, and may have to pull off a sign-and-trade to acquire him. Of course, that would also make the Clippers a less appealing destination.

3) Minnesota Timberwolves
Minnesota has become a very attractive destination for players after they acquired Jimmy Butler, and they're looking for point guards this offseason as they move on from Ricky Rubio. They still have some future picks and quality young players despite their trade for Butler, though are obviously much more limited in what they could offer Oklahoma City. Would Rubio, Shabazz Muhammad, Gorgui Dieng and a first-round pick or two be enough?

2) Boston Celtics
The Celtics have more assets than anyone else in the league, giving them the ability to offer the Thunder a more enticing package than anyone else. They're currently focused on trading for Paul George, but they would certainly shift their focus if Westbrook became available. Westbrook's size should allow him to play alongside Isaiah Thomas in the backcourt, giving the Celtics perhaps the best core in the league outside of Golden State. Boston would also immediately become the favorite in the East.

1) Los Angeles Lakers
If Westbrook were to leave OKC, the Lakers would be his preferred destination. They are willing to part with both Julius Randle and Jordan Clarkson, both of whom would intrigue the Thunder (along with a couple of first-round picks). Los Angeles has been plotting to land two superstars in the summer of 2018 and have Westbrook as one of their top targets. Because they're so willing and capable of making this trade (plus Westbrook's desire to play there), the Lakers are No. 1 on this list.