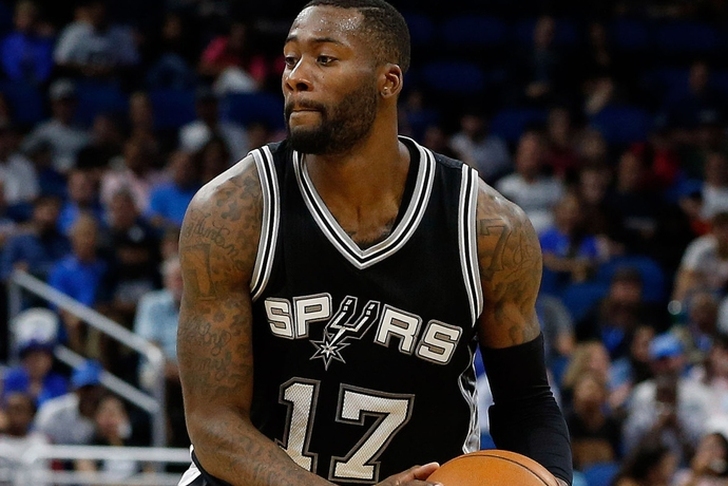 The San Antonio Spurs surprisingly renounced their rights to Jonathon Simmons earlier today, making him an unrestricted free agent. A true lockdown defender, Simmons had a breakout postseason, leading the Spurs in points per game after Kawhi Leonard went out with his ankle injury in the Western Conference Finals. That performance increased his value, and though San Antonio was reportedly ready with a $9 million per year offer, they are letting him test the open market.

With free agency nearly two weeks old, only a handful of teams still have considerable chunks of cap space left. As such, which teams are the most likely to sign Simmons? Here are the top five:

5) Atlanta Hawks
The Hawks still have roughly $12 million in cap space remaining after signing Ersan Ilyasova earlier this week, and Simmons would be a solid addition to their rebuild. Even though he's 27, Simmons still has a good amount of upside and is a smart, unselfish player, making him a perfect fit in Mark Budenholzer's system. Atlanta also needs depth at the position but appear to prefer Shabazz Muhammad to Simmons.

4) Phoenix Suns
Phoenix still can create a good amount of cap space by renouncing Alex Len's cap hold, which is something they may do if they think they can land a versatile player like Simmons. Though first-round pick Josh Jackson is also known primarily for his perimeter defense, both players are capable of playing the small-ball four and Simmons could serve as a mentor for him. It's also worth noting that the Suns were one of the worst defensive teams in the NBA last season, so adding a quality defender like Simmons would only help them.

3) Philadelphia 76ers
Philly signed J.J. Redick and Amir Johnson to massive deals at the start of free agency, yet the Sixers still have nearly $17 million in cap space. Simmons would give Philadelphia a solid anchor for their second unit and be their top defender. However, Simmons may be looking for a starting role, which the Sixers aren't willing to offer with Ben Simmons and Dario Saric holding down the forward positions.

2) San Antonio Spurs
The Spurs are still negotiating with Simmons despite renouncing his rights, showing that they're still one of the favorites to land him. Simmons got his start with San Antonio via an open tryout, and worked his way up through the D-League (now the G League) to become a vital part of the Spurs rotation. His sense of loyalty may very well keep him in San Antonio.

1) Brooklyn Nets
That said, the Nets have the ability to offer Simmons a massive deal. They can waive some players with non-guaranteed contracts to have roughly $20 million in cap room, and while they won't offer Simmons a contract of that magnitude, they can (and probably will) offer him more money than anyone else, along with a starting role. For a player who has worked so hard to get to this point in his professional basketball career, it might be time to cash in - and Brooklyn gives him that opportunity.