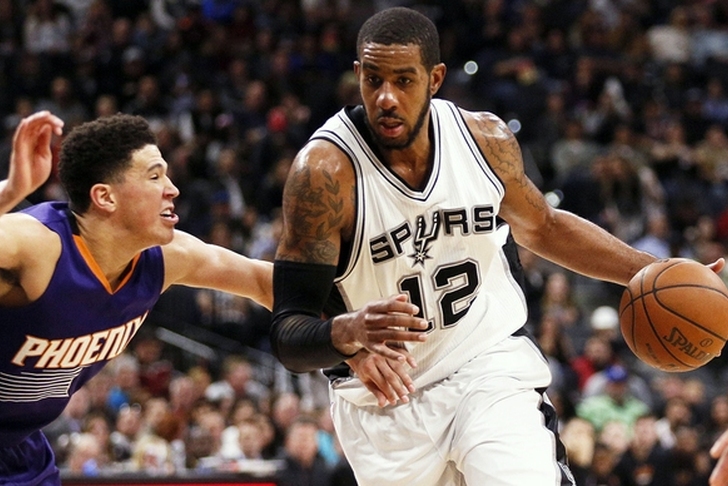 We always get a few blockbuster trades each NBA season as contenders try to acquire that additional piece they hope can push them over the top, while we've seen struggling teams give up their best players to try and acquire as many future assets as possible. So what could we expect this season? Here are four trades that could go down this season:

The Kings were shopping McLemore before the trade deadline last season and have made him available again this offseason. He's an athletic young player simply in need of a fresh start and more playing time, both of which he would get in Brooklyn. And the Nets NEED a starting-caliber shooting guard.

San Antonio is rumored to be interested in trading Aldridge. The Suns went all-in on their free agency pitch to Aldridge last year, even signing Tyson Chandler for the sole purpose of using him to make their roster more appealing to Aldridge. Despite being a young team, their ownership wants to win now - make an Aldridge acquisition a realistic possibility. Phoenix has two point guards they could give up in Eric Bledsoe and Brandon Knight, but the Spurs would much prefer Bledsoe.

The Pelicans were linked to Monroe this offseason, and have been interested in him going back to the trade deadline last season. They have been looking for a big man they can pair with Anthony Davis, and they believe Monroe's passing ability - and Davis' shooting ability - make him an ideal fit. With Milwaukee doing everything they can to unload both Monroe, they'd jump at the chance to get a first-round pick.

Toronto is looking to solidify their power forward position, and also need to replace Bismack Biyombo as their backup center. Noel can fill either one of those roles, and Philly needs to ease their logjam at center while improving their backcourt. Ross could slide in as their starting shooting guard, while getting another first-round pick (Toronto has theirs and the Clippers' this year).

There is already plenty of steam behind this deal. Gay has told the Kings that he wants to be traded, and the Timberwolves have been shopping Rubio every since they drafted Kris Dunn with the No. 5 pick. With mutual interest between the two sides, it also seems to only be a matter of time before this gets done.