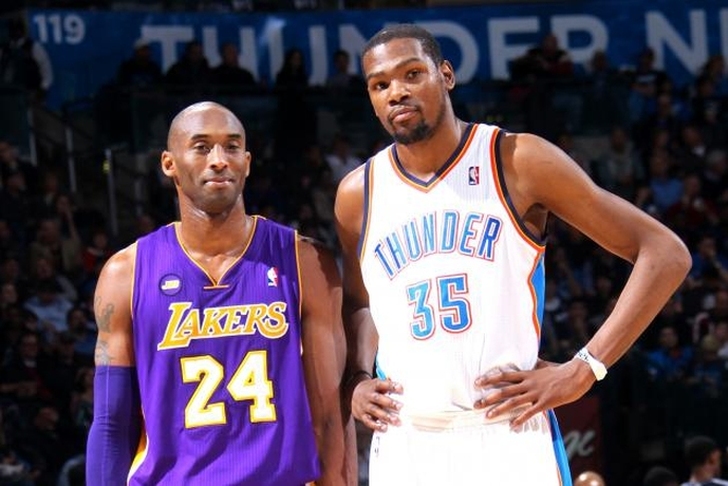 NBA teams already have next summer circled as the period that will re-shape the immediate future as many superstars - namely Kevin Durant and LeBron James - will be unrestricted free agents, and teams will have an abundance of cap space due to the large salary cap increase. Here are five stars that are most likely to take their talents elsewhere in 2016:

Johnson's massive contract ($24.9 million this year) has kept the Brooklyn Nets from progressing as a franchise, and it's a pretty safe bet that both sides will look for a clean start in 2016. Brooklyn will use that newfound salary cap space to try and go after some of the marquee free agents in this class while Johnson will try to catch on with a contender.

Before Lakers fans start freaking out, let me explain myself. Bryant's contract expires after the season, and he's indicated that he wants to retire after the season. However, he has also thrown around the idea of playing in Europe after this year to earn some extra money and extend his career. No NBA team is going to offer him anywhere near the $25 million he'll make in 2015-16, so if he does play somewhere else in the 2016-17 season, chances are that it will be in Spain or Italy.

Jefferson smartly opted-in to his last year of a three-year deal with Charlotte, allowing him to sign a much more lucrative contract in 2016. He'll do just that and go to the highest bidder, which won't be the small-market Hornets.

Hibbert will make over $15.5 million this year, and is simply a placeholder on the Lakers until they can use that cap space in free agency. He may re-sign with the Lakers for much less in the offseason, but chances are some team will overpay for his height.

While every team - most notably the Washington Wizards - plan to heavily pursue Kevin Durant, I can't see him leaving Oklahoma City and Russell Westbrook unless they don't make a top four seed in the Western Conference this year. However, I expect that to happen, and for him to stay.