5 NBA Players That Should Be Traded Immediately 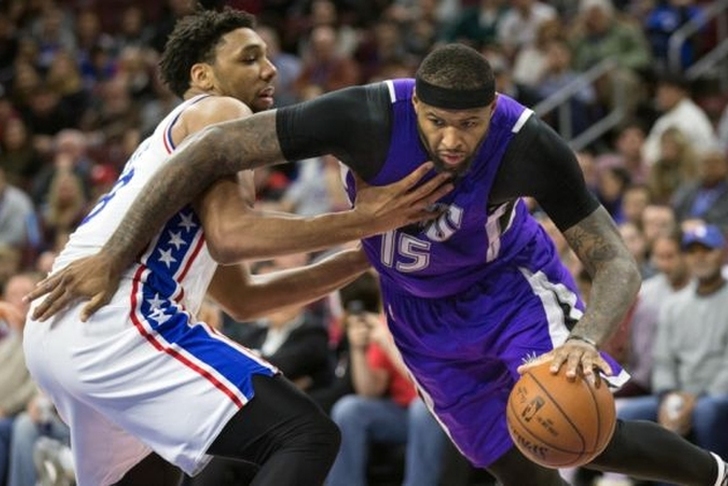 Even though the NBA season just started and trade deadline is still months away, there are several players who are either already on the trade block or are rumored to be traded at some point this year. And for some of those players, a change of scenery would do them some good. Here are the five players in the NBA who would be much better off if they were traded immediately:

This one is pretty obvious. The Kings are a dumpster fire and will be at the bottom of the Western Conference again this season, and Cousins ran his course with the franchise a few years ago. He's such a talented player that they're hanging onto him, but given his attitude issues, both sides would be better off if they parted ways.

Even though the Sixers have only played three games this season, it's clear that head coach Brett Brown either isn't willing to or doesn't believe that Okafor and Joel Embiid can play together - and that's with Nerlens Noel and Ben Simmons not being available due to injury. We know the Sixers are looking to trade Noel, but this may be signaling Okafor could be out as well. He doesn't want to come off the bench, and many other teams would love to have his offensive skills.

This is simply a waiting game. With No. 5 pick and Rookie of the Year favorite Kris Dunn in tow, it's clear that Rubio's time in Minnesota is numbered. He's another guy that doesn't want to be a bench player, and could start for several other teams in the league. This is a move that will happen at some point or another, so why not do it sooner rather than later?

Bledsoe signed with Phoenix thinking he'd be the focal point of the team. Then he had to split time with Goran Dragic, then with Dragic and Isaiah Thomas, then with Brandon Knight and Devin Booker. Injuries and playing out of position have kept him from fulfilling this potential, and would be much better suited playing somewhere else where he was the unquestioned starting point guard.

Lopez does have some faults in his game, particularly defensively, but is one of the best offensive big men in the NBA - and is stuck playing for a team at the bottom of the standings and no real hope for the immediate future. Instead of toiling in Brooklyn for the next five years while they try to rebuild, his offensive skills would be better suited playing for a contender.