5 Biggest Surprises From The 2016 NBA Draft 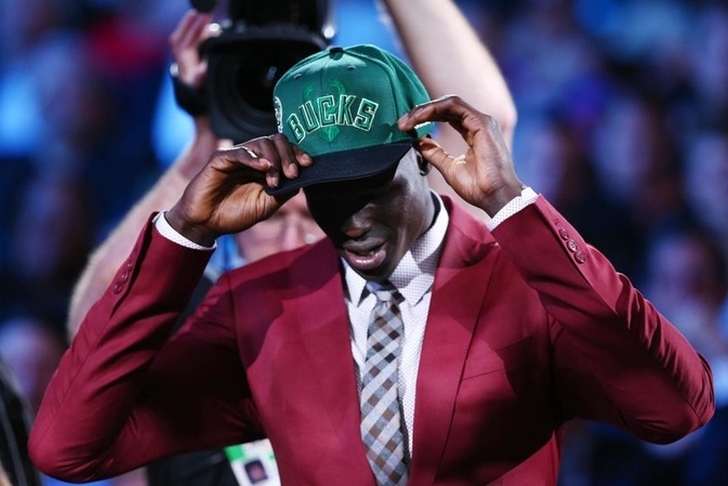 We knew that Ben Simmons and Brandon Ingram were going to be the first two picks in the NBA Draft last night, but we didn't know much else. As a result, there were plenty of surprises in store for us. Here are the five most surprising things that happened at the draft:

Labissiere and Davis didn't produce at a high level in college, but their respective skill sets and upside had each projected to be late lottery picks. Instead, they slid WAY down in the draft. Sacramento picked Labissiere with the No. 28 pick, and Memphis traded to acquire Davis with the first pick in the second round. Each are long-term projects that are unlikely to contribute in a major way this season, but both have the potential to be viable starters.

Boston was really trying to get rid of the No. 3 pick, and it was definitely a surprise that they didn't move that pick. Many thought that if the Celtics kept it, they would draft Kris Dunn, who is thought of as the third-best prospect in the class. Instead, they went with Brown. There were reports linking Boston to Brown, but most thought Brown would fall to the No. 8 pick. On one hand, I thought this was an excellent pick. A projected second-round pick for most of the process, there were rumblings leading up to the draft that he was likely to go in the late teens. Then there were questions about his actual age, but Milwaukee didn't care - they made him a top 10 pick.

I am on record saying that I think Maker will end up being the top player in this draft when it's all said and done, and while the Bucks could've gotten him later, I think they got a gem. He's an intriguing physical prospect as a 7'1", 220 lbs. power forward who has the ball-handing skills and perimeter shooting ability of a guard. Maker is essentially a taller, more skilled, better shooting version of Giannis Antetokounmpo, which any team would love to have.

Who? Sacramento gave the No. 8 pick the Suns for the No. 13 and No. 28 picks, which appeared to be a good decision with the plethora of talented big men that were available in the teens.

One problem: the Suns drafted Marquese Chriss, a projected top four pick with huge upside, with the No. 8 pick, and the Kings reached for Papagiannis - a projected second-round pick.

Lord give me the strength

Not only was it surprising that Oklahoma City pulled the trigger on an Ibaka trade (though they were talking about it before the draft), but what they got for him in this deal was absolutely outstanding. Oladipo figures to be a big upgrade as a starting shooting guard in OKC, while both Sabonis and Ilyasova will provide a big impact coming off the bench.

Orlando gave up all that, for what? A player that averaged 12.6 points, 6.8 rebounds and 1.9 blocks per game last season - his lowest rebounding and block averages since his rookie year.