The 5 Best Arenas To Experience An NBA Playoff Game 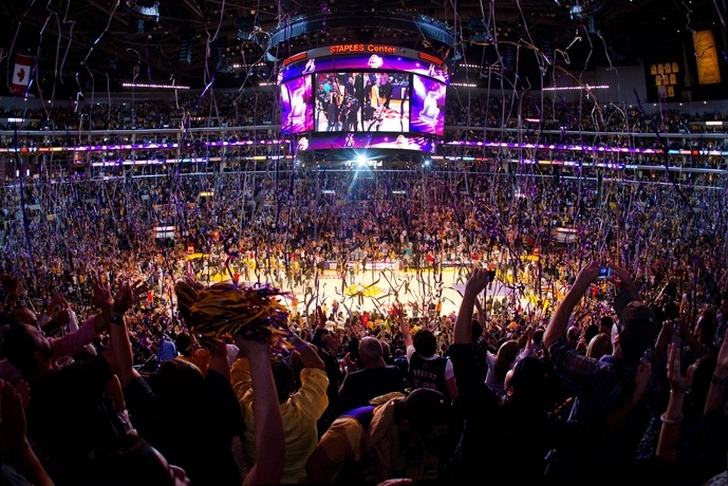 The 2015-16 NBA season has barely started, but we're still counting down the months and days until the madness of the 2016 NBA Playoffs begins. We're so anxious for the fun to start that we've decided to take a look at the arenas we hope to take a postseason visit to very soon. Here's our list of The 5 Best Arenas To Experience An NBA Playoff Game.

The aura of Madison Square Garden is undeniable. When people call it the world's most famous arena, they're not exaggerating. People know MSG. People know just how much American history has been made inside its walls. So, when you take the ghosts of MSG past and add thousands of die-hard Knicks fans who've lived and died with the team for so long, it creates an NY experience whose only rival would have been a Fall Classic game at the old Yankee Stadium.

The old Boston Garden closed just a shade over 20 years ago, and the newish TD Garden hasn't yet worked its way to becoming a hallowed arena quite like that. However, Celtics fans make the difference hard to ascertain when playoff time hits the city. Other fan bases get credit for the sheer noise they create, but you won't see a wider range of emotions from a fan base than Celtics fans hanging on every shot, block and steal during a critical playoff clash. It's unique and it's a must-go before you die.

The Golden State Warriors have shed their California also-ran status over the past decade, punctuated by last year's blistering run to an NBA title. With the success has come a complete rejuvenation of the fan base. "Roaracle" Arena lives up to its nickname all year long, but the intensity kicks up to 11 or 12 once the postseason starts. One part college football crowd and one part delirious European soccer fan base, the fans in the Bay have created a playoff atmosphere that is simply bonkers. Here's a great playoff venue that doesn't get nearly enough credit. Since making the move from Seattle in advance of the 2008-09 NBA season, the Thunder have captivated Oklahoma City and its surrounding areas. The heart of Oklahoma will always be football territory, but OKC Thunder basketball is right up there -- especially when the playoffs roll around. The sheer amount of blue-shirted fans screaming their lungs out while shaking the arena to its core makes can't-miss TV, and it's exponentially more impressive in person. The Los Angeles Clippers put on a heck of a playoff show themselves, but it's still no substitute for the glitz and insanity of a Lakers playoff game. You want yin and yang? Go to Staples during the postseason. The glitz of celebrity means the passion of lifelong Lakers fanatics. The duck faces of selfie takers in the first row mixes with thousands of screams of choice words raining down from the rafters. There's nothing else like it in modern sports, and that's a beautiful thing.