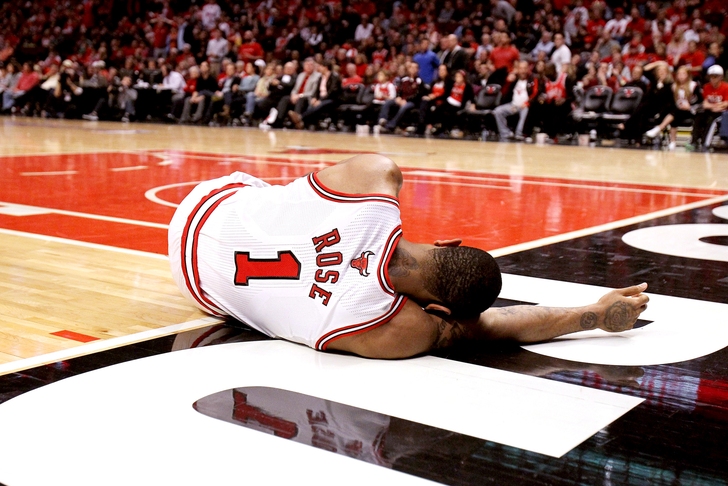 Injuries are a part of sports, and almost every player has dealt with numerous injuries throughout their career. However, some injuries can derail the careers of some of our most promising athletes. Here are five guys that have never been the same:

Rose is the youngest MVP in NBA history, but he's missed most of two of the past three seasons due to torn ACL's. He was able to come back and play a majority of this season, but he was missing the lack of aggressiveness that made him a superstar. It remains to be seen if he'll ever get it back, but it doesn't seem likely.

Tiger has gone from being the prohibitive favorite to win every tournament he enters to considering a tournament a "success" if he plays all four rounds. Personal issues took him away from a game for several months, but back injuries have kept him from returning to the player he was. Howard was once the most feared player in the NBA and won three straight Defensive Player of the Year awards, but surgery to repair a herniated disk in his back sidelined him for the 2012 offseason. He's become an above average player in the three years since as he rarely displays the athleticism and strength that turned him into the superstar.

Strasburg set the league on fire as a rookie, striking out 14 batters in his first appearance in the majors, but Tommy John surgery seems to have derailed one of the promising young careers in baseball. Since the surgery, he's posted a 37-27 in just over three years  - far from "ace" status.

Bryant's age is a big factor in his ability to recover, but a torn Achilles and torn rotator cuff almost guarantee he won't be the same player he was three years ago. If anyone can come back from those injuries it's Kobe, but the injuries look like they'll be just too much to overcome.