5 Predictions For The Remainder Of The NBA Season 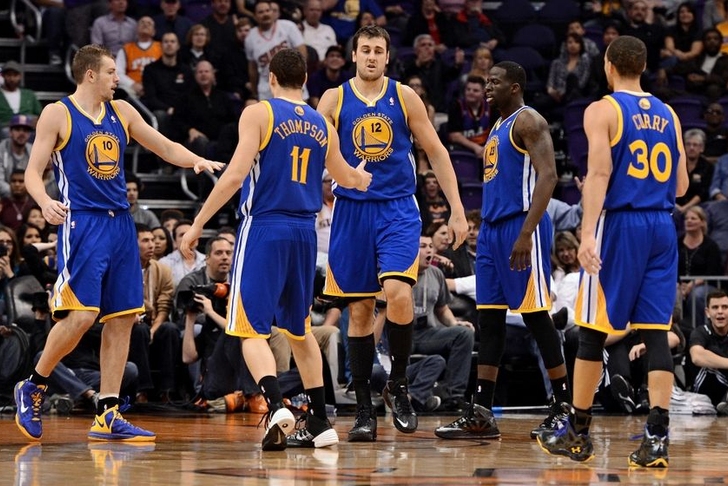 This NBA season is steadily approaching the halfway point, and things are shaking out much differently than we anticipated. Taking what we learned from the first half of the season, here are five predictions for the rest of the NBA year: The Warriors and Hawks sit atop the West and the East, respectively, as we head into the New Year, I think that's how they'll end the season. Golden State now has one of the league's best defenses (8th in scoring defense) to go along with their high-powered offense (2nd in NBA), and they're the favorite to win the NBA title at the end of the season.

Atlanta has been a surprise in the Eastern Conference this year, but what they've done so far this year isn't a fluke. Head coach Mark Budenholzer comes from the Gregg Popovich coaching tree, and the Hawks move the ball in a very Spurs-like manner (25.3 assists per game) on offense. Couple that with the league's 5th best scoring defense, and you have a team that will do well in the postseason.

4) Cleveland will not make the Eastern Conference Finals Before the season started, it seemed like a surefire lock that the Cleveland Cavaliers and Chicago Bulls would face off in the Eastern Conference Finals. The Cavs have gone through the predictable growing pains that come with creating a roster of mostly new players, but they've also shown some much more concerning issues.

There's concern within the front office that head coach David Blatt can't reach his players, and the team is simply average on both ends of the floor (16th in NBA in offense, 14th in defense). Cleveland was expected to be dominant offensively with LeBron James, Kyrie Irving, and Kevin Love, but that hasn't happened to this point - and it doesn't look like that will change this year. The Spurs are still in the playoff picture, but are currently only No. 7 in the conference. They're just seven games out of first place - that's the Western Conference for ya - but two and half games behind the Los Angeles Clippers for No. 6. Even if they do make a late season surge, there are too many good teams in front of them to make a serious move up the standings.

2) New York will have a worse record than Philadelphia

New York is imploding this year, and though they don't have the worst win percentage in the league, they currently have the most losses (30). To add to their misery, Carmelo Anthony might decide to sit the last half of the season to have surgery on his knee. That would fully commit the Knicks to tanking for the No.1 overall pick.

Philadelphia has been at the bottom of the league for the past few seasons, and have been there all of this year as well. Throughout their "tank-to-rebuild", they've actually acquired some promising pieces (Michael Carter-Williams, Tony Wroten, K.J. McDaniels, Nerlens Noel) who all play well together and have been improving of late (all four wins came in the month of December).

Team chemistry is the biggest issue in New York, and that's causing the Knicks to get worse instead of getting better (1-20 during last 21 games). I expect that trend to continue throughout the rest of the season.

The two usual candidates, Kevin Durant and LeBron James, have both essentially fallen out of the running for the award with injuries, creating a wide open race. Memphis' Marc Gasol and New Orleans' Anthony Davis each have strong MVP cases, but neither player has the combination of team success and national notoriety that Curry does. He's been the best player on the best team in the league, and if he continues his level of play (23.1 ppg, 7.8 apg, 5.0 rpg, 2.1 spg), there won't be anyone who will compete with him.