4 Trades To Watch For During Tonight’s 2016 NBA Draft 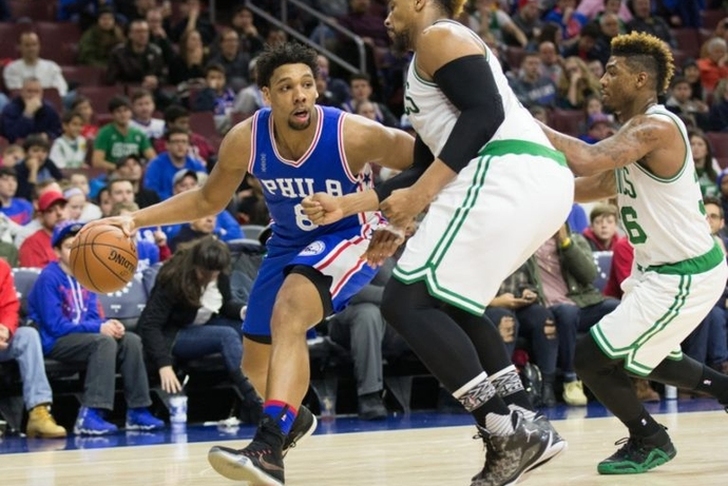 The 2016 NBA Draft is just hours away, and while teams are doing their final evaluations of prospects, several are also discussing trades to move up or down in the draft to pick the guys they want. We've already seen a few picks swap hands, and were bound to see plenty more deals go down. Here are four trades that we could see happening tonight:

New York is trying to trade into the draft to pick either Kansas SF Wayne Selden or Indiana PG Yogi Ferrell, and while they'd like to get a first-round pick, they simply don't want to give up the assets to do that - and both players should still be available at this point in the second round. Milwaukee picks two selections before this, so they could be willing to give up this pick.

Charlotte is trying to get rid of their pick and a contract to give them more salary cap room to re-sign their own free agents, and Portland would be more than happy to oblige. They are trying to get a first-round pick since they don't have one this year, and Hawes would add needed depth to their big-man rotation.

2) Thunder get: No. 9 pick, Patrick Patterson
Raptors get: Serge Ibaka

Toronto is both looking for a starting-caliber power forward and to trade the No. 9 pick. With news that Oklahoma City is now looking to trade Serge Ibaka, the two could be perfect trade partners. The Thunder would likely use the pick to draft one of the many high-upside prospects that should be available while getting a good backup big man in Patterson. For the Raptors, Ibaka could be the piece that really helps them compete with the Cavs in the East.

The Sixers are really ramping the pressure to try and acquire this pick from Boston, hoping to take Providence PG Kris Dunn to add to Ben Simmons, who they've promised to take with the No. 1 pick. Philly has offered both Nerlens Noel and Jahlil Okafor to the Celtics, but Boston is more interested in Noel and his shot-blocking ability. However, since the Sixers don't have any other good players to offer, Boston will likely take them both with some combination of future draft picks.