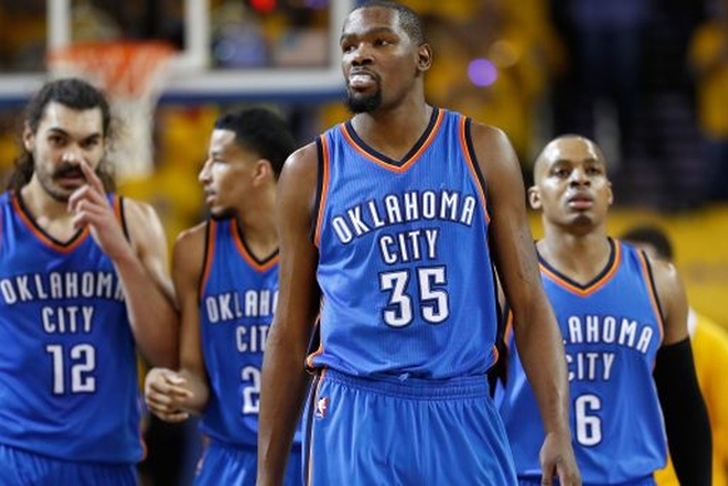 The Oklahoma City Thunder pulled off a stunning 108-102 comeback victory over the Golden State Warriors in Game 1 of the Western Conference Finals, turning what we thought was a foregone conclusion into one of the most intriguing series in recent memory. Some will say it's just one game, but there is still a lot we can take away from the game. Here are four things we learned from OKC's win over the Warriors:

4) Oklahoma City doesn't need to play their best to beat Golden State
The Thunder have needed huge games from both Kevin Durant and Russell Westbrook to put other elite teams in the league all season, but that wasn't the case last night. Durant and Westbrook combined to shoot just 17-51 (33 percent) from the field, yet they were still able to carry Oklahoma City to a win. These two are bound to play much, much better going forward - a scary proposition for Golden State.

3) The Thunder are much better than we think they are
Bouncing off the previous point, Game 1 served as reminder of how good Oklahoma City is. Suddenly, people realized that OKC has made it to the Western Conference Finals in four of the last six seasons, and the two years they didn't are when Kevin Durant and Russell Westbrook were hurt.

2) It's not time to panic for the Warriors
That being said, Golden State has no reason to panic. Last night was simply an off game for them, shown by them only making one three-pointer in the fourth quarter. Some of that was due to OKC's defense, but some of it was them simply missing wide open shots that almost always go in. Those will continue to fall moving forward.

1) Game 2 will decide the series
It's a little early to call this a "must win" for a team, but it's virtually a must-win game for the Warriors. If they win and tie the series 1-1, suddenly everything's fine. After all, are you gonna bet against them winning a game on the road?

Now, if they go down 0-2 without playing a road game in the series, they would need a small miracle to advance.