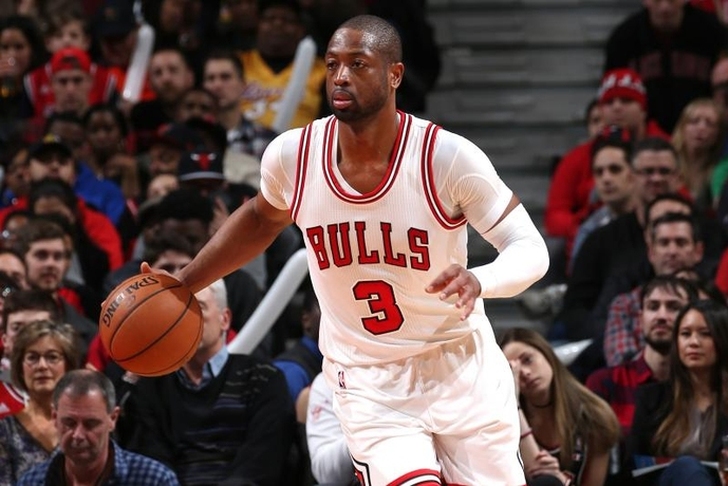 The Chicago Bulls are expected to buy out Dwyane Wade's contract at some point this season. He picked up his $23.8 million player for the upcoming season just days before the Jimmy Butler trade, turning the Bulls from a team trying to win now into a team building for the future.

Chicago is entering the first year of a rebuilding process that will likely see them tank and play young players to identify pieces of their future core, and having the 35-year-old Wade on the roster certainly goes against those plans. If the Bulls do choose to part ways with Wade, who could he sign with? Here are the four most likely options:

4) Los Angeles Clippers
LA is looking to add players as they try to stay competitive in the Western Conference, and they would be willing and able to offer Wade the mid-level exception. Wade has a lot of respect for Clippers head coach Doc Rivers and his wife, Gabrielle Union, love the idea of being in Los Angeles. The Clippers could move up the ranks depending on how competitive they are during the first half of the season.

3) Cleveland Cavaliers
The connection here is obvious. There is definitely an appeal of playing with good friend LeBron James again, though it may just be for the rest of the upcoming season. Cleveland has already been trying to recruit Wade this summer and will continue to do so until he gets bought out. However, they can only offer Wade the veterans minimum after giving Derrick Rose their mid-level exception.

2) Miami Heat
A return to Miami? Both sides have publicly expressed interest in a reunion, though there are some wounds that need to heal before this would become reality. There are also two factors that could make or break this move. How would head coach Erik Spolestra handle the rotation with Wade? Would he get his starting shooting guard spot back from Dion Waiters, who just signed a long-term extension with the franchise, or would Wade be forced to come off the bench? And would either accept that role?

The other factor here is money. Miami's unwillingness to meet Wade's asking price is why he left for Chicago in the first place. Would they be able to find common ground this time?

1) Los Angeles Lakers
According to a source, the Lakers are Wade's preferred landing spot. Along with being in Los Angeles - something he views as a jumpstart for his life after basketball, which includes a possible broadcasting career and startup tech investing - he views the Lakers as a young team in which he could serve as a mentor.

There's also the possibility that the Lakers could land two superstars next offseason (one of which could be LeBron), allowing Wade to close his career playing on a contender. Chances are, if Wade gets bought out, he will end up on the Lakers.