4 Teams That Could Trade For Kevin Love This Offseason 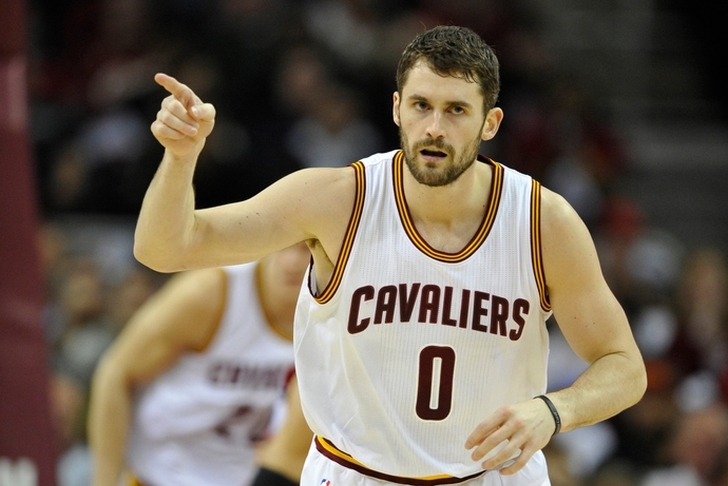 There's a growing sense that the Cleveland Cavaliers will trade forward Kevin Love this offseason barring a miraculous comeback in the NBA Finals, hoping to shake up their core as they continue to chase a title. Who could he end up with? Here are the four teams most likley to make a deal for Love:

4) Portland Trail Blazers
Love is from Portland, and considering the Blazers have a big need for a scoring big man, there could be some interest between the two sides. Portland would likely have to give up C.J. McCollum (among other assets) to make this deal work, but they will definitely throw around the idea of acquiring the hometown star. If they can keep McCollum and only give up several role players and a bunch of future assets to create their own Big 3 (Lillard, McCollum, Love), Portland would make this deal in a heartbeat.

3) Atlanta Hawks
The Hawks are preparing to break up their core group and have made Jeff Teague and Kyle Korver available for a trade. Cleveland has already expressed interest in a potential deal for Korver, but if they want to get rid of Love, why not get Korver AND Al Horford in return? Horford is a free agent, but a sign-and-trade with Cleveland means he could join a contender while making the most money. Horford could fill Love's role in Cleveland's offense with Korver adding more shooting, while Love would have an increased role on a contender.

2) Los Angeles Lakers
It's no secret that LA is willing to do virtually anything to land a superstar, and while Love's star has faded during his two years in Cleveland, he's still one of the best forwards in the league. The Lakers will have to give up either Julius Randle, Jordan Clarkson and/or the No. 2 overall pick in the draft to make this work, all of which would appeal to Cleveland.

1) Boston Celtics
If anyone is going to make a trade for Love, it's going to be the Celtics. They have an abundance of talented young players and a giant amount of first-round draft picks, while also expressing their desire for a star player they think will make them a true contender. Boston has identified Love as a player that would fit that mold, and they have all the assets to provide the Cavs with whatever they want in return.