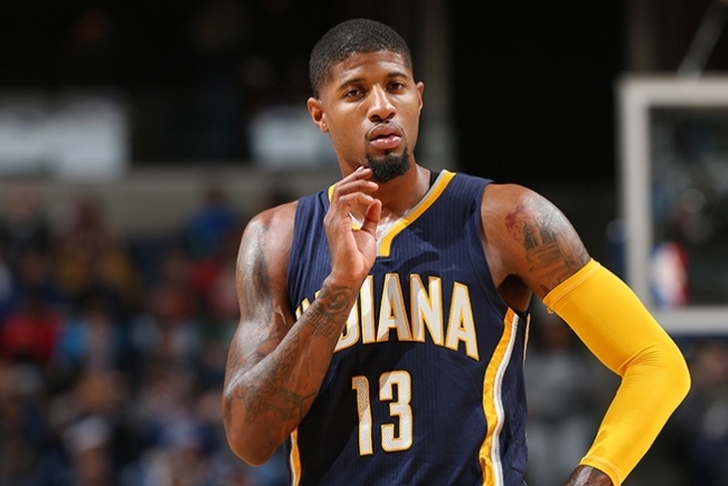 The Indiana Pacers are may decide to start a small rebuilding process this offseason to help turn themselves into title contenders again, and that may cause them to trade All-Star forward Paul George. He has been rumored to be on the trade block this offseason, and though it's unlikely that the Pacers end up dealing their best player, teams are going to do what they can do acquire him. Here are the three teams most likely to make a trade for him:

4) Phoenix Suns
Phoenix has several first round picks over the next few years, and two good young combo guards in Brandon Knight in Eric Bledsoe. Trading Bledsoe, the No. 4 and No. 28 picks in this year's draft and another future first-round pick for George seems plausible. He'd turn Phoenix into a legitimate playoff contender while forming a dynamite duo with Devin Booker - the only problem is that the Pacers would likely demand Booker be included in the deal with the Suns would be hesitant to do.

3) Orlando Magic
Orlando doesn't have the draft picks to offer like Phoenix does, but they do have more talented young players that could be had. Victor Oladipo, Elfrid Payton, Evan Fournier, Mario Hezonja and Aaron Gordon would be on the table from Orlando, and Indiana could take three of those guys (Oladipo, Fournier, Gordon) along with a first-round pick or two.

2) Boston Celtics
George is a the superstar who would give Boston what they've been looking for while also making them more attractive to top-tier free agents - and Boston has the assets to make this work. The No. 3 pick in the draft is certainly attractive, and adding a few other first-round picks (Brooklyn's unprotected 2018 pick comes to mind) with some of their young prospects could make this work.

1) Los Angeles Lakers
There's already some steam behind this potential deal, and George would be the absolute perfect fit for Los Angeles. He'd give them a defensive stopper on the perimeter and versatile wing player to put next to D'Angelo Russell and Jordan Clarkson. Plus, he's an unselfish playmaker and a proven winner.

LA would have to send the No. 2 pick back to Indiana, along with another first-round pick and either D'Angelo Russell or Jordan Clarkson, but the Lakers could readily give that up for star like George.