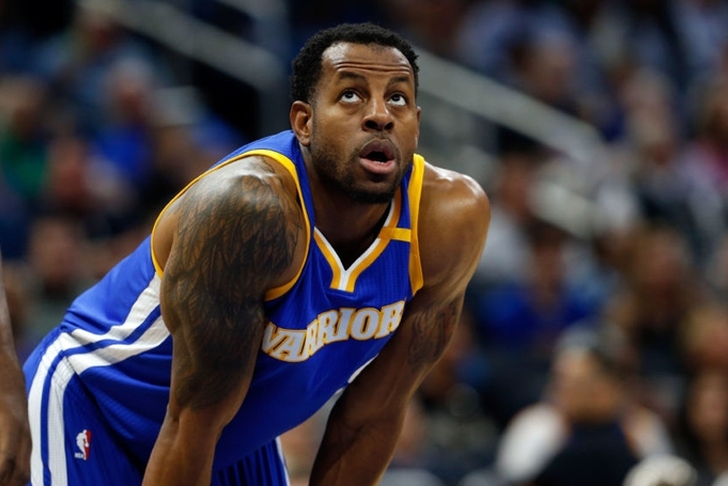 Andre Iguodala is currently preparing to play in his third consecutive NBA Finals, but what his future holds after the series is much more murky. He is set to be an unrestricted free agent, and with the Warriors spending virtually all of their cap space to re-sign Kevin Durant and Stephen Curry, he would have to take a sizable paycut to return. That means he will have a decision to make as other teams will undoubtedly offer him lucrative deals for his championship experience and defense.

So, where will he end up? Here are his four most likely destinations:

4) Oklahoma City Thunder
What OKC does (or doesn't do) with Blake Griffin this offseason will determine if they move to the top of this list or not. The Thunder need to surround Russell Westbrook with shooters, but ranked last in the NBA in three-point shooting last season. Iguodala helps space the floor in that aspect, and would be a massive upgrade over Andre Robeson on the wing. Oklahoma City does have some cap space to play with this summer - their pursuit of Iguodala will depend on if they go after another star or not.

3) Houston Rockets
The Rockets are not happy with the dud they put up against the Spurs in the playoffs and want to get better, particularly defensively. Iguodala obviously fills that need, and his athleticism and three-point shooting makes him a solid fit with the Rockets. Houston doesn't have a lot of cap space, but they will likely offer more than the Warriors are able to - and he'd still be able to play for a contender.

2) Philadelphia 76ers
Why not go back to where his career started? The 76ers are armed with a great deal of cap space this summer, and while they plan to pursue All-Star point guard Kyle Lowry, they also have their sights set on players like Iguodala. They're a team that is looking to break out of their rebuild and are looking to add veteran players to serve as mentors for their young stars.

Philadelphia is expected to hand out hefty contacts this offseason to attract players who otherwise wouldn't be interested. This is Iguodala's best chance to cash in one last time.

1) Golden State Warriors
Iguodala is too important to Golden State for them to simply let him go. The Warriors can go over the salary cap to sign him since they have his Bird rights, and although they probably won't offer as much as the other teams on this list, Iguodala could very easy take less money to continue to be a part of a potential dynasty - it's all a matter of just how important winning is to him.

Follow our NBA news page for all the latest NBA news and rumors!