4 NBA Teams That Will Disappoint This Season 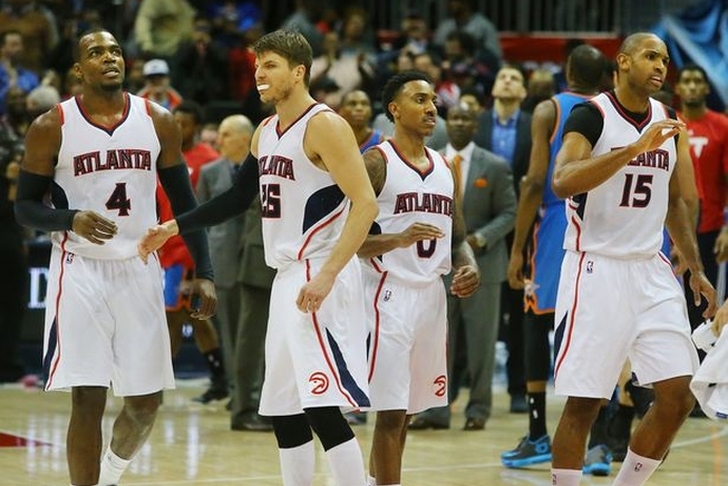 For every surprise team that arises each NBA season, there are teams that fail to meet expectations. Here are four teams that we think will be disappointments this season:

The Atlanta Hawks were one of the best stories in the NBA last season as they won 60 games and grabbed the top seed in the Eastern Conferene last season, but they won't repeat that feat this season. Many expect the Hawks to finish third in the conference behind the Cavs and Bulls, but the loss of small forward DeMarre Carroll and lack of a true star will play a major role in their decline this season.

Atlanta will still make the playoffs, yet as the six seed instead of having home court advantage. Mike Conley, Marc Gasol, and Zach Randolph are 27, 30, and 34 years old, respectively, and all are on the backside (or out) of their primes. The Grizzlies are determined to keep their core together and have brought in more high-level free agents to give them a better chance at making a run through the West, but they aren't getting any younger. This will be the first year of their decline as they struggle to gain a bottom seed in the crowded Western Conference playoff picture.

The offseason additions of Deron Williams and Wesley Matthews are expected to take this team to the next level, but that simply won't be the case. Williams is well out of his prime and was simply average last year (13 ppg, 6.6 apg), meaning he's not much of an upgrade at the point guard position. As for Matthews, he could miss the first half of the season recovering from a ruptured Achilles, and there's no guarantee he'll be able to contribute much when he gets back this season.

Again, in a talented Western Conference featuring up-and-coming teams like the Pelicans, Suns, and Utah Jazz - not to mention the return of the Thunder - could push the Mavs out of the playoffs entirely. The Celtics are a popular pick to be a surprise team in the Eastern Conference this year as they're coming off a playoff berth and have one of the best coaches in the league in Brad Stevens, but they'll miss the postseason this year. Not only are the Indiana Pacers, Detroit Pistons, and Miami Heat much improved this season, the Celtics didn't add anyone of significance and still don't have a go-to guy. That will come back to hurt them in a better conference this year.