3 Things We Learned From Game 1 Of The NBA Finals 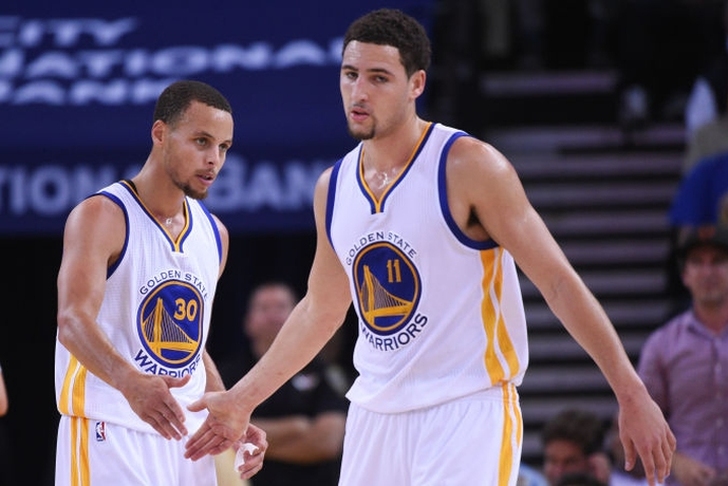 The Golden State Warriors took Game 1 of the NBA Finals in convincing fashion, using a massive run in the second half to beat the Cleveland Cavaliers 104-89. Though this is expected to be a long series full of adjustments, there are three takeaways from Game 1 we can apply to the rest of series:

3) JR Smith is going to be a liability
Something about the Finals seems to make Smith freeze up. He scored just three points on 1/3 shooting in Game 1 after averaging over 12 points and nine shots per game in the postseason. That can be viewed as just an aberration, but when put in context of his performance in last year's Finals, it's a problem.

He shot just 31.2 percent from the field against the Warriors last year, including a dreadful 29.4 percent from three-point range. Cleveland needs to make it a point to get him going early in the game to help him build momentum and snap out of this funk.

2) Golden State doesn't need Steph & Klay to win
Smith's struggles were a small part of a larger problem for the Cavs - they were absolutely torched by the Warriors' bench in this game. When Stephen Curry and Klay Thompson combine for just 20 points, you'd think Cleveland would win easily. Golden State's bench made up for it (and then some) by outscoring Cleveland's reserves 45-10.

The Cavs didn't have an answer for Shaun Livingston and Leandro Barbosa, who were able to routinely get into the paint without much resistance. The onus is now on Cleveland's role players to step up, but the performance still showed everyone that Golden State's "others" are capable of carrying them when their stars aren't performing.

Sure, the Splash Brothers also had an off shooting night, but what the Cavs did defensively has a lot to do with it. They were physical with both as soon as they crossed half-court, trapped Curry aggressively in pick-and-roll situations and made it a point to attack them when Cleveland was on offense. The Cavs certainly have the length and athleticism to do that, and it clearly had an effect on Curry & Thompson. They were forced to expend more energy to simply get open - and it delivered a huge blow to their shooting.