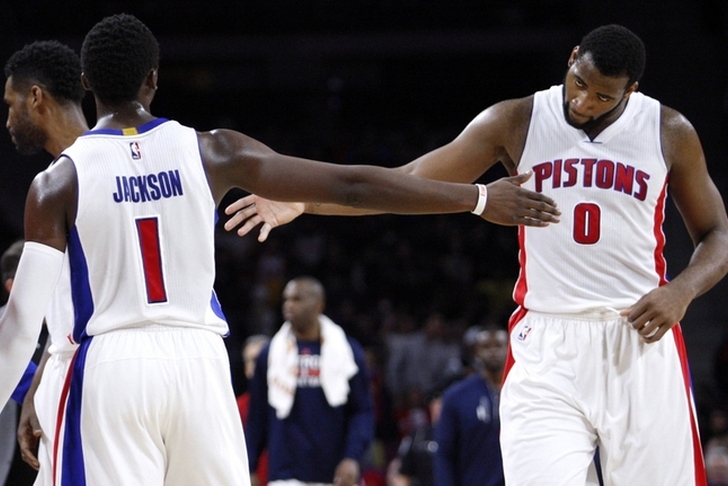 There have been several surprisingly successful teams throughout the first quarter of the NBA season, but a few of those teams look like the won't be able to sustain their hot starts. Here are three teams that are most likely to have a late-season collapse this year:

Detroit turned heads with their 5-1 start but have yet to be able to maintain any real momentum since then. They only have three wins against teams with winning records since the start of November, and the return of Brandon Jennings - who was demoted to a backup role this year in favor of Reggie Jackson - could cause some internal problems and clashes between the two.

The Pistons are also one of the very few teams inthe league that have had the same starting lineup in every game this season, and injuries will inevitably them at some point. Detroit's bench is one of the worst in the league as only one reserve averages over 4.6 points per game and a PER over 9.5 (10 is considered average). Detroit is definitely headed in the right direction, but are about a year away from being a legit threat in the East.

Dallas was near the top of the Western Conference after a six-game win streak earlier in the season, but have since come crashing back down to earth. They only have two wins on the season against teams that have winning records, while they've lost four games to teams with losing records. Only four players are averaging double-figure points so far this season, and they've been dreadful shooting beyond he arc, making just 32.8 percent of their three-pointers this year. Orlando is starting to show why many thought they'd be a breakout team before the season started, but they haven't really proven they belong the rest of the East's playoff contenders. Only two of their 13 wins have come against teams with a winning record, while a disappointing loss to the Kings and two losses to the Wizards raise major concerns about this team. They've had to shuffle their lineup because Elfrid Payton and Victor Oladipo aren't effective on the court together, which is a big problem considering they were thought to be the backcourt of the future. Orlando also still struggles to defend in the post and shooting from the perimeter, and that will keep them from really breaking through - unless they make a trade.