3 Cities That Deserve An NBA Team 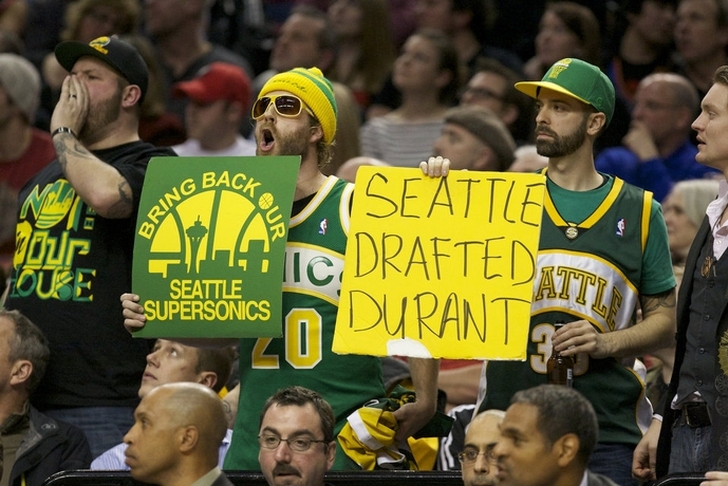 The NBA has become the second-most popular sport in the country, but there is still a question about the longterm stability of NBA franchises in certain cities. The Sacramento Kings and Milwaukee Bucks were both rumored to be leaving town before they got new stadium plans from their respective cities, yet both could still relocate if those plans fall through.

The idea of league expansion has also been thrown around in league circles, which would likely add two new teams to the league. If any NBA team does relocate or if the league expands, where will they look? Here are our top three cities that deserve a NBA team:

Seattle
Seattle had the SuperSonics not too long ago, providing one of the most passionate fan bases in the NBA. That's been the same ever since they moved (hijacked is the more appropriate term) to Oklahoma City, as their green and gold colors are still very relevant in the Northwest. Seattle is the biggest TV market the league doesn't have a team in, making them THE perfect candidate to get a team.

That being said, they city does not have a stadium ready for a team to play in. The city of Seattle does currently have plans to build a mulitpurpose downtown stadium in hopes of attracting both a NBA and NHL team.

Kansas City
The Kings played in Kansas City from 1972-1985, but it could be time to bring the NBA back. Along with being a massive market with a wide fan base, Kansas City already has a 19,000-seat arena (Spring Center) that hosts some preseason games and is ready-made for a team of its own.

Louisville
Louisville may seem a little more random than Seattle or Kansas City, but Louisville would be a perfect place to put a NBA franchise. It was one of two cities that the NBA has seriously considered for possible expansion/relocation in the past due to its rich basketball history, large television market, devoted basketball fans, and a ready-made arena in the 22,090-seat KFC Yum! Center, which is currently home to the University of Louisville's basketball team. Outside of Seattle, Louisville makes the most sense.