3 Things to Watch in Game 3 of NBA Finals 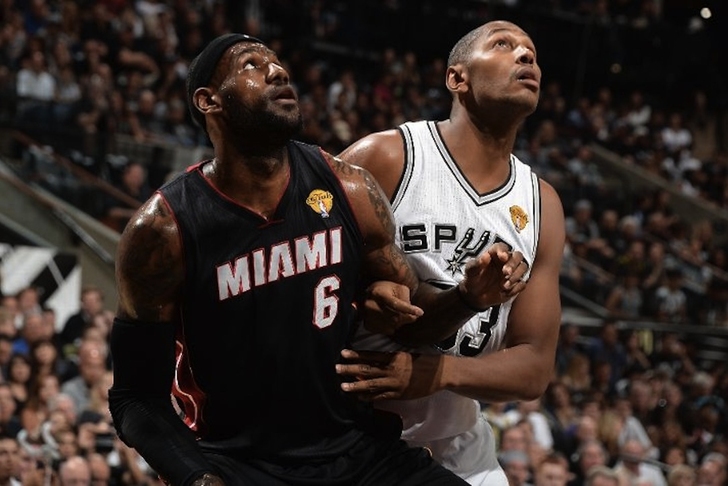 San Antonio landed a big punch in Game 1, and Miami responded with a punch of their own in Game 2.

LeBron James had a huge game with 35 points and 10 rebounds, and the Heat made all the plays the Spurs didn't down the stretch as they pulled out the 98-96 victory.

With the series now knotted a one, what will determine who gets the upper hand in a critical Game 3?

Leonard was limited to 23 minutes in Game 1 while dealing with three incredibly early fouls, and was largley ineffective due to fouls in 32 minutes in Game 2 before ultimately fouling out.

This problem is twofold for the Spurs: Kawhi is their X-factor on the offensive end that gives them the added dimension of an athletic slasher they don't have anywhere else on their roster, and defensively he's their best option in guarding LeBron.

He has the size, strength, and discipline to force LeBron into more contested jumpers than anyone else, but he's putting himself in bad positions by reaching. James is also forcing the issue because he know how effective Kawhi was in last year's Finals, but Leonard HAS to find a way to stay on the floor.

San Antonio's offense sputtered at the end of Game 2, which opened the door for Miami to come back and seize the victory. The biggest reason for that was LeBron's play defending Tony Parker.

Parker had success in the first seven quarters of this series getting into the paint, collapsing Miami's defense, and distributing the ball to the open man, but that was cut off in Game 2 thanks to James' size and quickness.

He suddenly wasn't able to get into the lane, and as a result, he kept dribbling the ball trying to get there. That disrupted the whole flow to the Spurs' offense and got everyone out of rhythm, allowing the Heat to take control of the game.

LeBron won't be able to guard Parker throughout the whole game - Parker is just too quick and would wear James out (considering the offensive burden he also has with Miami) - but switching onto him late in the 4th quarter gives the Spurs a different look that they have a difficult time dealing with.

Whoever has controlled the pace of the game in the first two matchups of this series has, in turn, won that respective game.

The Spurs want to play more up-tempo game so they can get open threes in transition, while the Heat want a more half-court game to take advantage of their individual stars. It's kind of ironic considering how we view Miami as a fast-breaking team and San Antonio is an older, slow-it down team, but it's the opposite that's true.

In the 4th quarter of Game 1, when the Spurs got hot and went on that crazy run to close the game, they were running up and down the court and hitting the open threes they got. Game 2 was a grind-it-out game without a lot of transition opportunities (only 21 total fast break points between both teams), and the Heat were able to take advantage late.

What do you think will be the difference in Game 3? Who will take the upper hand in the series? Tweet your thoughts to @brauf33.