3 Things To Watch For At The NBA Draft Lottery 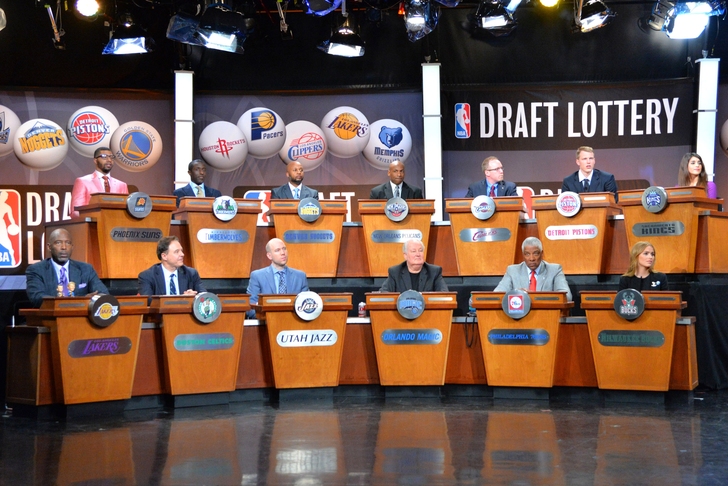 The 2015 NBA Draft Lottery will take place tonight at 8:30 p.m. ET on ESPN and will determine the draft order for the 14 teams that didn't make the postseason. Here are three things to watch for tonight:

While the lottery is important for determining the draft order, the main storyline has become who gets the top overall pick. This year, there are several intriguing contenders:

Will it be the big market New York Knicks or Los Angeles Lakers? Will the 76ers' tanking be rewarded? Or will it be the Timberwolves (who have the best odds to win), giving them three straight top picks on their roster.

2) Could the Sixers end up with three lottery picks?

Not only does Philadelphia have their pick, which is projected to land in the top three, they could also get the Lakers' pick if it falls outside the top five and the Heat's pick if it falls outside the top 10. If everything falls their way, the Sixers could end up with the No. 1 pick, No. 6 pick, and No. 11 pick...officially (hopefully) ending their tankapalooza strategy.

3) Will an unexpected team jump way up in the draft order?

Cleveland won the lottery last year (for the third time in four years) even though they had the ninth best odds to win. Could we see a similar jump up from a team like the Charlotte Hornets or the Miami Heat?