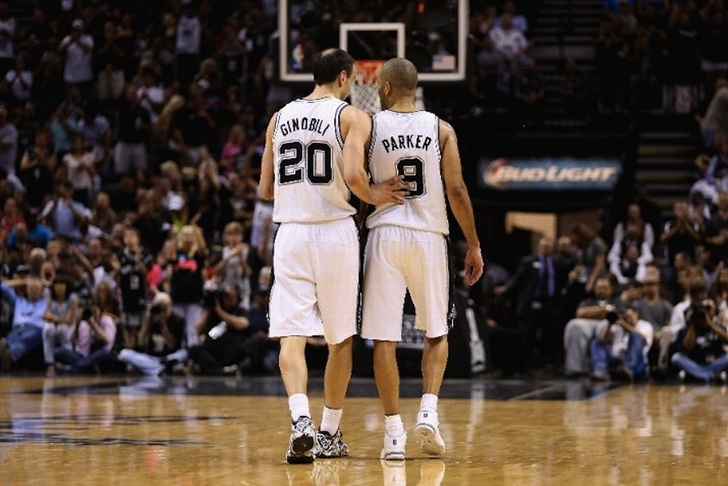 The Thunder had all of the momentum coming into Game 5 of the Western Conference Finals after winning Games 3 and 4 in Oklahoma City to even the series at 2-2.

However, their return trip to San Antonio didn't go as well as they had hoped.

The Spurs beat OKC soundly from the first quarter on as they cruised to the 117-89 win, and they're now just one game away from reaching their second straight NBA Finals.

They have Oklahoma City on the ropes, but there's still a lot both teams can take away from Game 5.

1) Reggie Jackson is the third banana the Thunder need

Jackson was inserted into the starting lineup for Game 3 along with the return of Serge Ibaka, and he's played as big a role in the OKC's good play. Thabo Sefolosha - whose spot Jackson took over - was no offensive threat at all, and his defender could help on Russell Westbrook or Kevin Durant whenever they wanted.

With Jackson on the floor, that is no longer the case.

He's a legitimate offensive threat that can hurt a defense from inside and out, and needs the full attention of his defender. This creates more driving lanes and openings for Westbrook and Durant on top of giving Oklahoma City a much needed scoring punch.

He finished with 11 points (all in the first quarter) on 5-10 shooting in Game 5, even though his playing time was slightly limited due to a sore ankle, and he was able to keep the Thunder when the rest of the team was cold - which is something OKC hasn't had since James Harden became a Rocket.

2) Rebounding is the silent killer

The lone major difference in this game was San Antonio's rebounding edge over the Thunder. They grabbed 48 rebounds compared to the Thunder's 35, which affected the game in two aspects.

For one, their abundance of defensive rebounds limited OKC's offensive chances to just one per possession, which can really hinder an offensive when they aren't shooting overly well.

Secondly, they're able to get out in transition and get easy baskets, which let them control the tempo and momentum of the entire game.

By doing both, the Spurs managed to close the offensive gap between them and Thunder and further their defensive advantage.

The difference is not only the extra energy a team can gain from playing in front of their home fans, but from playing at a place you're familiar with. A comfortable shooting background can make a big difference in how well a team shoots the ball, and it's obvious that it has a big impact on San Antonio.