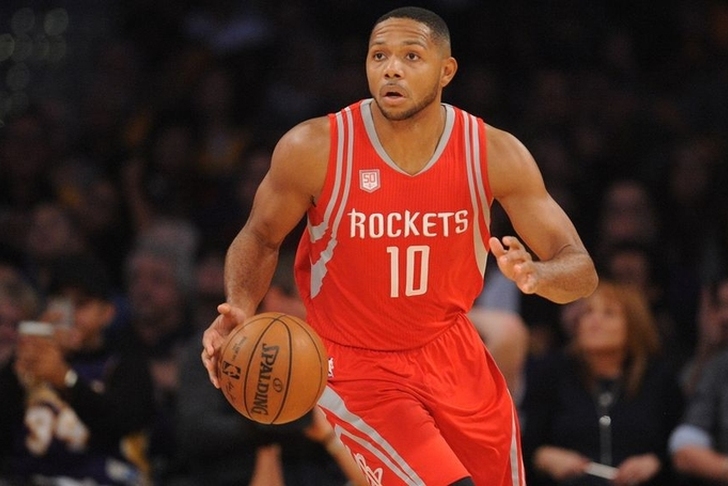 The second of three events on NBA All-Star Saturday night is complete and Eric Gordon of the Houston Rockets is the 3-point contest winner. Gordon won the title in thrilling fashion, beating Kyrie Irving in overtime. Last year's winner was Klay Thompson, who beat teammate and defending champion Stephen Curry last year, was bounced in the first round.

Watch Gordon's winning round below. The results from each round are also below.

For live highlights, check out the Chat Sports Twitter.