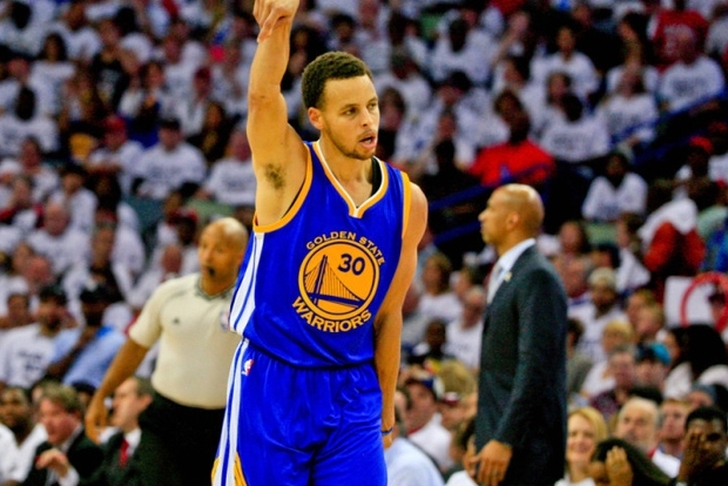 We're just one week into the new NBA season, but we've already seen several scintillating performances from many of the league's stars. How as that affected the MVP race? Here's our updated NBA MVP Power Rankings after the first week:

Davis struggled out of the gate with a 4-20 shooting performance agains the Warriors in the season-opener, but has since rebounded with two straight double-doubles. Despite averaging 23 points, 10.3 rebounds, and 2.3 blocks per game, the Pelicans' 0-3 record knocks him to sixth in our rankings.

LeBron had a clunker of a performance against the Grizzlies, dropping him from third to fifth on our list, but he still has solid numbers overall (22 ppg, 7.3 rpg, 4.3 apg) while leading the Cavs to a 2-1 record.

Griffin has been absolutely dominant during the Clippers' 3-0 start, racking up 32 points, nine rebounds, and four assists per game while shooting 64.4 percent from the field. If he keeps that up he'll legitimately challenge Curry at the top of the list.

Westbrook has NOT slowed down despite the return of teammate Kevin Durant, putting up 40.5 points, 9.0 assists, and 6.5 rebounds per game, including his clutch play down the stretch in OKC's double OT win over the Orlando Magic.

Durant has been every bit as effective as Westbrook this season, averaging 32.5 points and nine rebounds per game.

Is it possible for Curry to top last season's MVP performance? Well, it certainly looks like it.

Curry is averaging 39.3 points, 7.3 assists, and 5.7 rebounds per game so far this season, including a 40-point game on opening night and a 53-point explosion on Saturday. He's shooting an incredible 58.8 percent from the field and 48.6 percent from three-point range.