2016 NBA Draft Grades: Results, Winners And Losers From Both Rounds 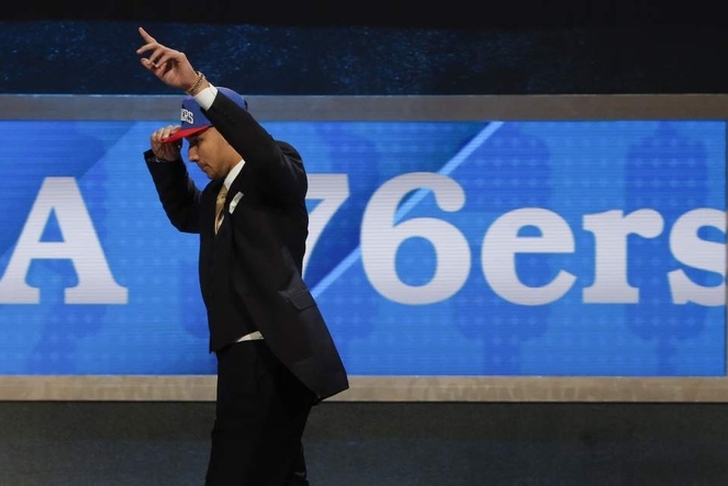 The 2016 NBA Draft is over, which means it's time to grade every selection from every team and take a look at the winners and losers. Below, we have grades for all 26 teams that had a draft pick alphabetical order (the Heat, Knicks, Trail Blazers and Wizards didn't have a pick). Here's how we think those teams did with their draft picks:

Atlanta clearly needed to improve their defense after losing DeMarre Carroll in free agency prior to the 2015-16 season, and both Prince and Bembry are defensive specialists. Look for both to compete for playing time - and even for a starting spot - next season. Cordinier is nothing more than a draft-and-stash prospect (someone who stays and plays overseas while Atlanta maintains his NBA rights and can exclusively sign in future seasons), which falls in line with Atlanta's second-round strategy.

Boston really wanted to trade their picks, but weren't able to do that outside of two second-rounders they gave up. Brown is essentially a poor man's Jae Crowder, and while he should be in their rotation immediately, he doesn't project to be anything more than a defensive specialist. Yabusele and Zizic are draft-and-stash guys, and Nader has virtually no chance of making the roster. However, Jackson and Bentil were absolute steals in the second round and will make an impact sooner rather than later. They keep the Celtics from getting an F.

LeVert is coming off two foot surgeries and was a puzzling pick in the first round because of that, but Whitehead was a steal. The Brooklyn-native is a real gamer that excels at attacking the basket. He should see a lot of playing time right away for a Nets team that really needs a point guard.

Traded Malachi Richardson (No. 22 pick) to Kings for Marco Belinelli

Charlotte wanted to trade this pick to save cap space to re-sign some of their free agents, but instead took on money in this deal. Belinelli is an established vet that fits their three-point shooting offense, yet he won't be anything more than a back-end-of-the-rotation guy.

Valentine is the versatile swingman that can do everything on the court, and should play some point guard with Derrick Rose out of town. There are concerns about his knees, but there's no doubting Valentine's talent. He should see immediate playing time. Zipser is the high-upside draft-and-stash prospect.

Cleveland traded into the draft to acquire this pick from the Hawks, and they hit a major home run with the pick. Though Felder is really short (5'9", 175 lbs), he was one of the most productive players in college basketball last season, putting up 24.4 points and 9.3 assists per game. He'll likely spend some time in the D-League, but his ability to get his own shot and create for other will keep him in the league for a long, long time.

Dallas needs big man depth, and taking a chance on a player who was one of the best big men in the country is a no-brainer. Hammons doesn't have a lot of upside, but can contribute as a rebounder and shot blocker.

Denver desperately needed shooting, and all of their first-round picks were shooters who can contribute right away - and Murray should slide right into the starting lineup. Cornelie is a draft-and-stash and Hamilton is a D-League prospect, but both guys have a bunch of potential.

Ellenson is an excellent pick-and-pop option and will give Detroit a legitimate stretch four that can rebound at a high rate, making him the perfect pair for Andre Drummond. Gbinije also has a great chance to make the roster. The Pistons need a backup point guard, and he played the position at a high level for Syracuse last year, averaging 17.5 points and 4.3 assists per game.

Jones was drafted to essentially be Festus Ezeli's replacement as Golden State's backup center. He has good size, athleticism, and runs the floor well, but he plays extremely lazy at times and often fades out of games. McCaw is a project who will spend time in the D-League.

Houston hopes one of these two can stick with their team, but they're two different types of players. Onuaku is a bruising rebounder with a raw offensive game, while Qi is a 7'2" stretch four who needs to get stronger and get better defensively. Qi will be a draft-and-stash guy, and Onuaku will likely rotate between the end of the bench and the D-League.

Niang was an excellent pick in terms of getting a second-rounder who will make your roster. However, his game has virtually no more room to grow. Though he lacks athleticism, Niang has rare playmaking skills for a power forward and is a reliable rebounder. Those skills will be enough for him to stay at the NBA level.

The Clippers needed big man depth, and they got great value late in the draft in Johnson and Stone. Johnson is an athletic stretch four who's mid-range jumper will allow him to be a nice counterpart to DeAndre Jordan and Blake Griffin, while Stone is a bit more of project. An excellent low-post scorer, he must get in better condition and improve defensively. Both should play for LA this season, while Michineau likely won't come to the NBA for a few years.

Anytime you can land a player like Ingram, an instant starter and potential All-Star, you've had a great draft. When you can also get a strong big man in the second round (who was projected to be taken in the first round) that will contribute right away, you've had an even better draft.

Baldwin is a long, athletic guard who should compete for minutes as a backup in Memphis, but he's another player who isn't always aggressive and can fade out of games. The real gem of his class for them was Davis, who they got in the second round even though he was projected to be a lottery pick. His athleticism and shot-blocking ability make him an impact player off the bench while he develops into a starter. Zagorac and Zhelin are both draft-and-stash guys.

I am on record saying that I think Maker will end up being the top player in this draft when it's all said and done, and while the Bucks could've gotten him later, I think they got a gem. He's an intriguing physical prospect as a 7'1", 220 lbs. power forward who has the ball-handing skills and perimeter shooting ability of a guard. Maker is essentially a taller, more skilled, better shooting version of Giannis Antetokounmpo, which any team would love to have.

As for Brogdon, he's a smart player that can do everything on the court - but is a noted defensive specialist with surprising athleticism. That'll be his calling card off the bench next season.

Dunn is arguably the most NBA-ready prospect in this class, and should be a premier defensive player right away - which fits in perfectly with what new head coach Tom Thibodeau wants to do. Dunn's superior athleticism will also add to one of the most exciting fast breaks in the league.

The Pelicans really needed shooting - no rotation player shot over 40 percent from three last season - and Hield was the best one in the draft. He should take over the starting shooting guard role, as the Pelicans won't re-sign Eric Gordon. Diallo was a projected lottery pick at the start of the season, and while he still has a LONG way to go in his development, he has an immense amount of potential.

OKC acquired this pick in a trade with the Magic, and he will step in nicely as the Thunder's third big man behind Enes Kanter and Stephen Adams. Sabonis is an excellent rebounder and probably the best low-post scorer in this draft. He'll provide the Thunder with a needed punch off the bench.

Zimmerman and Layman were both good second-round picks who will make the roster and may contribute as soon as this season. However, Orlando's draft was all about the trade they made for Serge Ibaka. Not only did they give up a rookie who may produce at a level similar to Ibaka, but also gave up Victor Oladipo and Ersan Ilyasova. That's simply way too many impact players to give up for a player who's regressing.

Simmons is a franchise-changer, so anytime you can get that with the No. 1 pick, you've had a successful draft. Philadelphia also needed shooting, so they used their other two picks on a pair of long, lanky, athletic shooters with a good deal of potential. The Sixers did a great job of filling needs.

The Suns loved both Bender and Chriss in the pre-draft process, and with a need for both a starter and backup at power forward, the Suns made the trade with the Kings to get them both. They will each play significant roles this season, and both have the potential to develop into All-Stars. Ulis was also a steal in the second-round, and even though he's 5'9", he will definitely contribute immediately thanks to his playmaking and defense.

Sacramento ended up with three first-round picks thanks to two trades, and the results were mixed. Though he's a project, getting Labissere at No. 28 was an absolute steal (he was projected to be a top 12 pick), and Richardson is a high-upside guard who will provide plenty of needed shooting to this team. Cousins is a long shot to make the roster, but the story of their draft was about Papagiannis.

Who? Exactly. The 7'2" big man was a projected second-rounder, and was the biggest reach of the draft. He probably won't be brought over to the Kings for another year or two.

Lord give me the strength

Murray is a huge high-upside guy who will give the Spurs some needed athleticism in their backcourt. A long, lanky combo guard at 6'5" and 170 lbs, Murray is an excellent slasher and rebounder with a lot of defensive potential. He'll be Tony Parker's backup next year and will take over whenever Parker retires.

Toronto wanted to improve their frontcourt depth in this draft, and they did just that. Poeltl doesn't have tremendous upside, but he was the most sure-bet player in this class and will be a very good shot blocker right away. As for Siakam, he's a high-energy rebounder who will fill Bismack Biyombo's role off the bench.

Utah gave up their first-round pick to acquire George Hill, then picked up two point guards that are long shots - at best - to make their roster. To make matters worse, it's a position that Utah is already stacked at with Hill, Dante Exum, Trey Burke, Raul Neto and Shelvin Mack. Bolomboy is a high-upside athlete and elite rebounder, but he'll likely spend most of the next two seasons in the D-League.